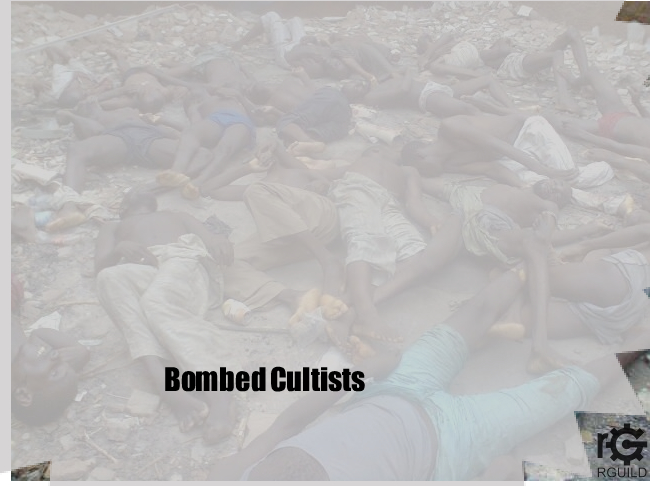 At least 10 Boko Haram fighters were killed in two air strikes by Nigerian troops in northeastern state of Borno, a military spokesperson said on Wednesday.

A camp of the sect in Mada Town of Konduga local government area and another camp in Maiduguri-Damboa area of the state were raided by the troops, following an encounter with the rebels on Tuesday night, Lt.-Col. Sagir Musa, the spokesperson of the military told a Xinhua reporter.

“Four AK47 rifles, five AK 47 magazines and 250 rounds of assorted ammunition were recovered from the camps after the offensive. At least 10 motorcycles belonging to the insurgents were equally destroyed during the operation,” Musa said. Full

Follow link for original images of bombed and captured Boko Haram terrorists since SoE, too gruesome for NewsRescue: http://rguild.org/2013/06/1898#axzz2eeMg9yLr