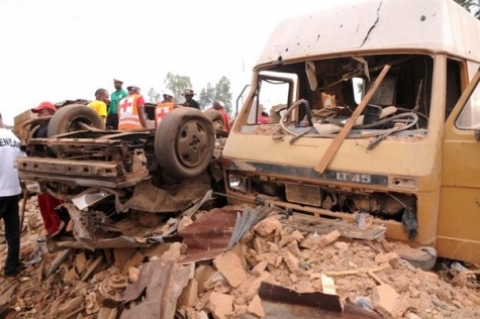 At least 10 people have been killed while 14 others sustained injuries from a bomb blast at People’s Hotel brothel in Bayangarin area of Bauchi township on Friday night.

The witness said he was at a viewing centre close to the hotel when the men arrived, detonating explosives and then shooting at random to  kill those trying to escape.

“Those of us who saw them thought they were soldiers who wanted to come and enjoy replays of the World Cup goals that we were all watching,” he said.

“All we noticed was that when they entered, four of them took positions each at the four corners of the wall. After the explosion, these people began to shoot at those who did not die immediately and were trying to escape.”

He said the entire building had been cordoned off, and the scene secured while  investigations has commenced to ascertain the cause, even though no one has been arrested yet.

The corpses of the bombing victims have been deposited at the Abubakar Tafawa Balewa University Teaching Hospital, Bauchi, while 14 persons who sustained injuries are also receiving treatment there.