A report in the Vanguard by civilian-JTF and military sources describes how about 10-11 IDPs are dying and being buried every day in abandoned displaced person camps near Chad.

As we reported earlier, the Borno government and Federal government of Nigeria is failing to reach the displaced persons with the needed aid. Agents of the Borno administration have even been accused of stealing supplies. After activists raised alarm on the death rates in Bama camps, the government finally responded and sent relief to that camp, however many camps are not being accessed and the former farmers now dependent on food handouts are dying in their dozens.

Popular NGO, ENDS.ng last week initiated a National Food Drive For IDPs, aiming to gather food and fight to get this across to IDPs in all camps.

All Nigerians are called on to assist the dying IDPs either with financial or food support or by contacting their representatives and government officials to come to the aid of the displaced and abandoned. 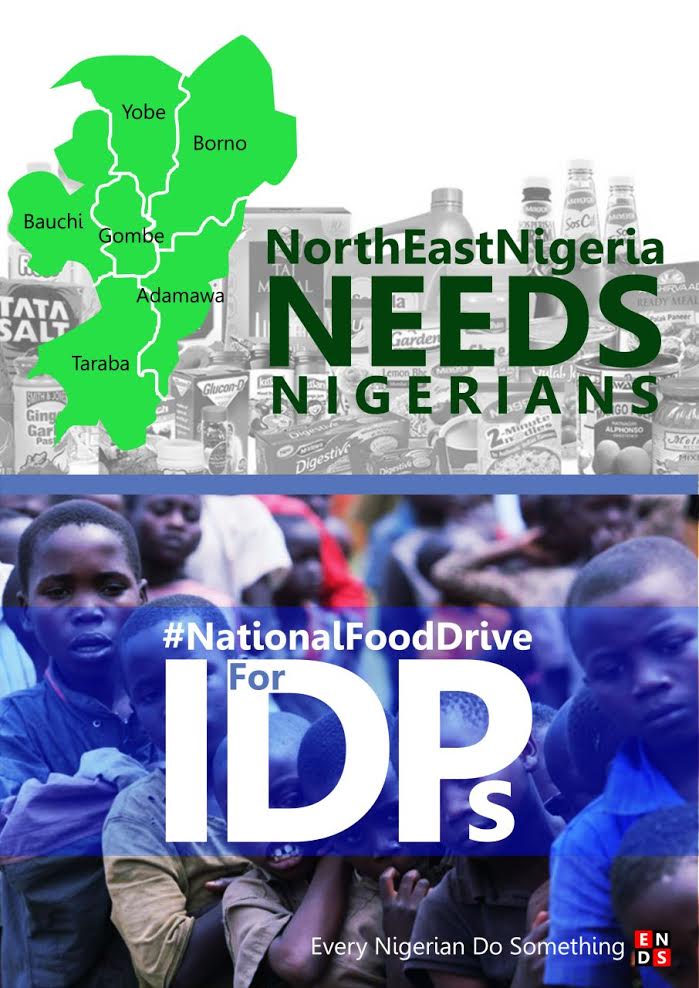