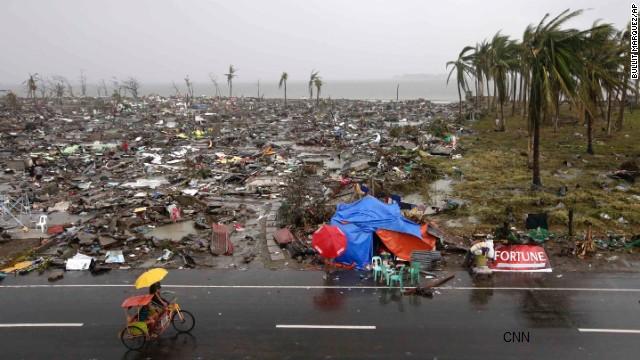 NewsRescue- Over 10,000 people have been confirmed dead, mostly from Tacloban city on Leyte Island as a result of Typhoon Haiyan, the 250 miles per hour “world’s most powerful storm” on record that struck Philippines, Friday.

The situation is seriously desperate as world organizations put the affected number at up to 10 million with over 600,000 displaced.

Dead bodies are all over the place, bodies seen floating, others crushed under buildings and pieces of buildings.

There is a desperate need for food and tents and other rescue materials. The critical situation is compounded by mobs attacking rescue vehicles. The army has been drafted to control the situation.

Electricity has been cut to many of the Philippine Islands. Water is also in shortage.

The weakened storm is next gracing Vietnam.