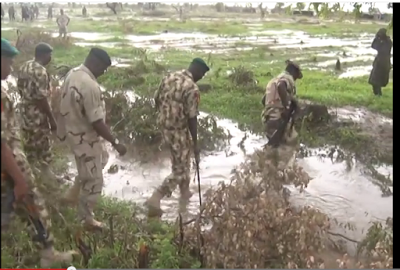 Top level NewsRescue sources in the Nigerian army and intelligence departments have denied a recent ‘exclusive’ report by PremiumTimes that about 105 Nigerian soldiers went missing when Boko Haram attacked them and stole their “T-72 tank” in a Gudunbali attack on the 157th battalion.

The highly placed sources said no such incident happened and that all soldiers had been accounted for.

In a report in the Vanguard, Nigeria’s army chief further denied the claim, stating: “It is not true that our soldiers are missing. The soldiers went on a mission for the Nigerian nation and they have since returned and joined their Battalions.”