NewsRescue- Northern Nigerians, visibly perturbed with the state of events up North, including its recent global branding as a terrorist epicenter, with Boko Haram terror group committing uncontrollable attacks and bombings of Church and Mosque alike, have began to vent their frustration at the state of the North in passionate write-ups. Last week, a famous writer, Ms Zainab Usman in her well composed article, assessed the North as a region in terminal decline. Describing the North, she said: ‘the most obvious problem is the serious leadership deficit in the North’. On Saturday, New York Times released a piece in which it attributed Boko Haram’s survival to some ‘support’ they got, due to the poverty level and inequality up North, which enabled Boko assume a role as an enemies enemy to some.

Below is a piece from Salihu Tank Yakasai, doing further justice to the sentiments held and throwing square blame on Northern leaders for the ‘failure’ of the Northern region: By simple definition, a parasite means; an organism that benefits at the expense of another, the host! Taken into account this simple definition, I wonder how an average northerner can be termed one by my southern counterparts, especially from the Oil Producing region in Nigeria, My Country!

Let me give u a simple example with my household! I work with a radio station in Kano as a Presentation Assistant, and on the days I have morning shifts, I wake up as early as 4am and by 5am am in the office! While the days that I have night shift, sometimes I don’t come back home till 1am! My wife works as a teacher, (mind you, she’s also a wife and a mother of 2 and each of these is a full-time job on its own) then let’s move on to my 1st son, 5yrs old! He goes to school at 7am to 3pm and very soon he’ll start Islamic School from 4pm to 6pm Monday to Friday! I am not a civil servant, and neither is my wife! My kids were born in private hospital and still go to one and my son is in private school! Because going to a government owned is tantamount to suicide!

Majority of our average northern families are hard working people trying to make ends meet on a daily basis! This is the case for majority of us in the north, whether middle class or poor and some of the rich ones not in government! As such, we do not come in contact with the allocation money from the federation account!

The real parasites are our northern Governors! They are demons, blood sucking vampires, they are mosquitoes that feed on us! They receive billions of Naira as grant from the federal Government! Majority of the people do not even know how much exactly they receive, only what they tell them! Most of these states are still backwards in terms of infrastructure, and apart from salaries, (which some go months without paying) there’s nothing to write home about! They mismanaged these resources, inflate contracts to exorbitant figures, some without even doing the job still, then end up at the Senate for Immunity against prosecution when they leave office! They’ve perfected their looting and pen-robbery! En massing so much wealth which can be equal to the budget of a poorer African country! Yet, the word parasite has become synonymous with northerners in this country! 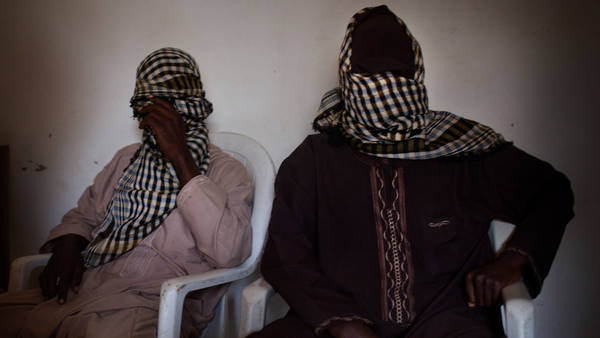 At the beginning of this democratic dispensation in 1999, when The Northern Governors Forum was formed, one will assume that the 1st thing they’ll do, is to collectively declare a state of emergency on education, especially in the core north where our level of education is one of the poorest not only in the country, but all over the world! Or on farming which used to be the major source of revenue generation in Nigeria, before “their oil” was discovered! or massive unemployment as a result of factories that are closing everyday in the region, and so many other life-saving issues that can change the lives of ordinary northerners! Even if they felt that, somehow these are not important issues that demand their outright response, one will assume the current insecurity in the region will make them sit up, come together and strategize on how to arrest this endless attacks by Boko Haram, may be have a meeting with all the heads of security outfits in the country or something like that! But for where, its not even on their plate! Sometimes I can’t help but wonder what’s in their head, cos its surely not brains! At a point I thought may be saw dust, but then again even that is more useful than their brains and I came to the conclusion that, their heads are just EMPTY!!!

Economically, the story isn’t any better! Before independence agriculture was the most important sector of the economy and accounted for more than 50% of the nations GDP and more than 75% of export earnings. That was then, now we can’t even feed the region, let alone the nation and talkless of exporting! There is about 3.14 million hectres of land that can be used for irrigation which only 7percent is currently being utilized. Kano State alone, has about 13 Dams, most of them were constructed specifically for irrigation purposes that are just sitting idle and wasted! Even the amount of fishing that can be done with these dams is enough to make a huge difference! Don’t even get me started on factories and manufacturing industries that have virtually become extinct! Yet with all these potentials, the north shamefully boast of highest rate of poverty, unemployment and so on and so forth!

To sum it up, the ordinary northerner is blessed and cursed at the same time! While we have all it takes to not only stand on our own, but we have the potential to significantly contribute to the nation, and generate enough revenue that will turn us into the Dubai of Africa if you like! God has blessed us with population, which results into not only enough manpower, but a huge market as well! You can take China, India or Brazil as a case study on how numbers are blessings! On the other hand, we are cursed with these clueless rotten leaders, From the Governors, down to counsillors! Every time, the former are better than the current ones, it just keeps getting worst, and worst, and worst!

This is a dilemma we, ordinary northerners have to deal with, our southern brothers and sisters hit us on the head consistently, attacking us verbally on the evil perpetrated by our leaders in the North, and at the same time we (just like them in the south) are also victims of bad leaders that have continued to subject us to all sorts of hardship! But I am more than certain that this will NOT go on for life! Where there is injustice, there will not be peace! The people are awakening, for the 1st time in the history of Kano, on 3rd of January, we came out to protest PEACEFULLY, which motivated the whole nation to come out and occupy! If am a political office holder anywhere in this country, I will be sleeping with one eye open! Gone are the days when the people will remain silent! We say to our leaders, ENOUGH IS ENOUGH! You either change your styles, or face the music and DANCE! We in the North, have taken enough insults on their behalf! Its about time we turn the heat on THE CERTIFIED PARASITES!!!