SaharaReporters had first exposed how the Muhammadu Buhari government funded Boko Haram with over 2 million Euros and freed some of their topmost deadly commanders for the release of some 83 abducted Chibok girls. It was the second such negotiation by the Buhari government.

In the wake of Buhari procuring some $1 billion from Nigeria’s Crude account to “fight Boko Haram,” the Wall Street Journal has now confirmed the heavy financing negotiations story and exposed how a total of 3 million Euros has so far been funneled to Boko Haram for the release of about 100 girls.

Long after the #BringBackOurGirls campaign faded, Nigeria paid a secret ransom of €3 million to free some of the kidnapped schoolgirls

The growing rift inside Boko Haram over Shekau’s refusal to trade the Chibok girls soon exploded. Top commanders, forced to choose between the factions, turned their guns on each other. At least 400 Boko Haram fighters died from internecine battles after the split broke out in 2016, officials estimated. The captives they had tried to divide were now dividing them.

Under siege and facing a mutiny, Shekau had one card left to play. His faction held almost all of the Chibok girls still in the camps. Mustapha believed his moment had finally come.

The talks Mustapha orchestrated in mid-2016 moved with remarkable speed, yielding the outlines of a deal. The plan called for two exchanges. In the first one, Boko Haram would free 20 Chibok hostages in exchange for one million euros. If both sides were satisfied with the outcome, the rest of the girls who wanted to come home would be swapped in a second exchange in return for two million euros and five imprisoned Boko Haram commanders.

Mustapha agreed to make sure that the militants sent back would be senior enough for Shekau to save face, but also loyal to him and junior enough to protect his authority. 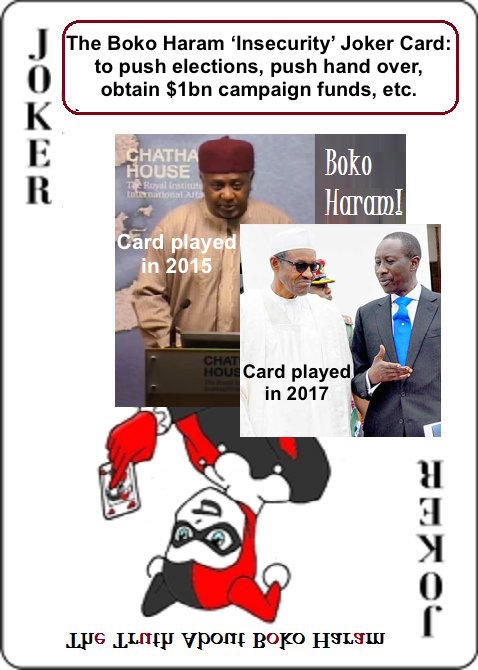