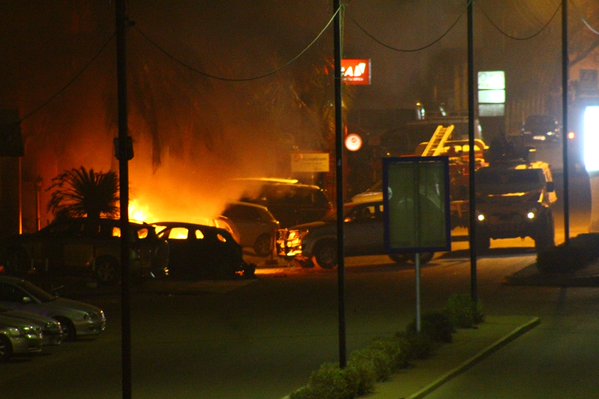 An ongoing hostage situation is being reported at a hotel in the city center of Ouagadougou, the capital of Burkina Faso, after at least three armed turbaned men began shooting at a restaurant and a hotel frequently used by Westerners and UN staff. Read more

About 150 people were in the hotel at the time of the attack. About 30 were evacuated. Al-Qaeda has claimed responsibility for the attack.