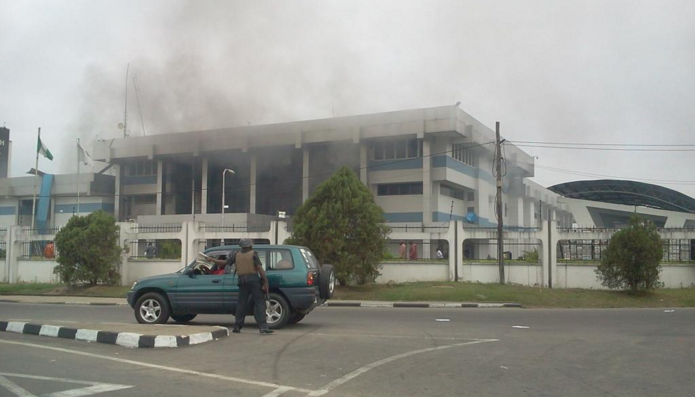 As many as 20 have been reported injured as a massive explosion rocked the Central Bank building located at Calabar Road by Millennium Park.

The explosion was said to have been from a gas cylinder as there was  new construction going on  in the premises.

The huge explosion trapped many in the building, some of whom were roasted.

Nigerian emergency services have been at the site rescuing victims and cordoning it. Investigations are yet ongoing.

Calabar is not known for terrorism.