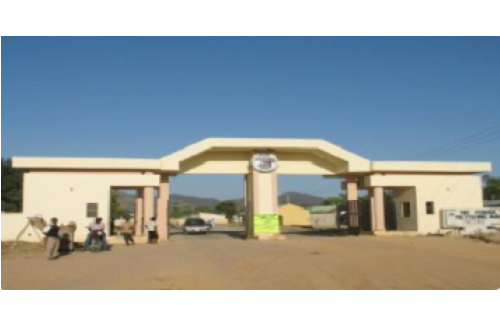 NewsRescue– At least 20 students have been reported killed in an attack of a Federal Polytechnic in Mubi, Adamawa state, Nigeria. The attack reportedly occurred at a student hostel outside the campus. The armed, military dressed men, came and asked the students to line up, and call out their names. They were then shot and stabbed to death, irrespective of their name or supposed religion.

The lecturer, who did not want his name to be used, told the BBC’s Hausa service that men in military uniform asked the students to line up and then say their names.

Some were then shot dead and others stabbed with knives, and their bodies left in lines outside the buildings.
The lecturer says it is not clear why some were killed and others spared – some of those killed were Muslims and other Christian.

There has been a strong JTF (Joint Task Force) action against Boko Haram and other terrorists in Adamawa state in the past few days and this is suspected to have led the the recent, barbaric carnage. It is possible that Boko Haram and other affiliates carried out the attack on the Mubi Polytechnic students, while dressed in military uniform to create the appearance of acts of “Nigerian military brutality”.

The police spokesman, Ibrahim Mohammed, said 19 of the 25 killed were students of the Federal Polytechnic, Mubi.

Despite the statement of the police spokesman, residents of the area insist that at least 46 bodied were recovered after the attack.

An official in the Information and Protocol Unit of the Federal Polytechnic Mubi, Mohammed Dalai, told PREMIUM TIMES that 26 students of the institution were among those killed in the attacks.

He said heavy gunshots were heard in the area between 10 and 11.00p.m.

This attack comes barely a week after 156 suspected members of the Boko Haram sect were arrested in Mubi following a man-hunt on insurgents by the security operatives. The raid was carried out during a 24- hour curfew imposed on Mubi, for four days, by the Adamawa State Government. -PremiumTimes

There have been numerous complaints of military excesses in combating terror in the North, and as Abubakar Shekau’s Boko Haram gets continually frustrated due to concerted action against it by the security services, Northern leaders and Northern masses, it is not unexpected that they attempt such cowardly acts of deceit to act on peoples sentiment by trying to encourage a rejection of the hard military presence in the troubled regions.

Killing could be student politics related

SaharaReporters- Police said the assailants shot and killed 19 students in an off-campus student housing area, and six other persons including a security guard, retired soldier and other persons who were not students. Fifteen students sustained serious injuries and are hospitalized, said Adamawa State Police Command, Police Public Relations Officer, ASP Mohammed Ibrahim in a phone interview.

“We are just leaving Mubi with the Commissioner of Police, and Brigade Commander. And it was 19 students that were killed… all in all it was 25 persons that were killed. Although the investigation is continuing, there are signs that there may have been some internal factors, but we cannot prove it until we complete our investigation”, Ibrahim said.

A spokesman for the National Emergency Management Agency said initial reports indicated some of the victims were candidates in the polls.

“The crisis in Mubi is suspected to have been fueled by campus politics after an election at the Federal Polytechnic,” said the agency’s Yushau Shuaib.

Abdulkarim Bello of the Red Cross said “they were conducting elections in the Federal Polytechnic and unknown gunmen just entered and sprayed people with bullets”.

A student who refused to give his name, said that the gunmen were wearing solders’ uniforms, and were calling out the names of individual students before killing them, a claim that tallies with the police report.

The student said that after surrounding the compound around midnight, the gunmen started taking the students outside, asking their names and shooting them, while others butchered the bodies with sharp knives. The mutilated corpses were left lined up in the courtyard.

The student said the killings were likely to have a connection with last Sunday’s Student Union Government elections, which was heavily contested on regional ground between Northern and Southern students in the institution.

Video shows group hated by all, promising to fight all

In a video posted yesterday, the Boko Haram spokesman cried that the group is not weak and while admitting that many of their members and members wives were dead or arrested, promised to continue its attacks and attack innocent officials, officials, wives, Northern leaders and so many other categories. The video according to analysts showed a group in very desperate standing. Shekau in the video kept assuring viewers that he was ready to die, this indicates a crushed battle state, according to experts.

It is predicted that Boko Haram will engage in very desperate last minute battles as their position, security and organization gets dismantled.