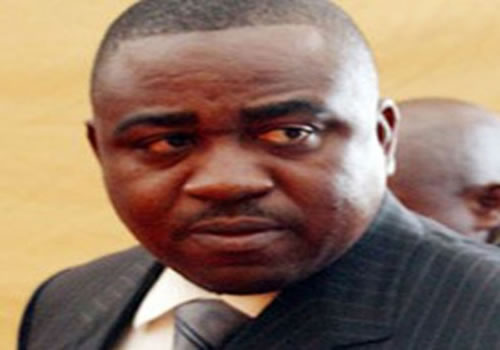 • 19 killed in fresh attack, 15 others abducted

Benue State Commissioner for Information, Mr Justin Amatse, has disclosed that about 200 people have so far been killed with suspected chemical weapon in the state since the attack on the people of the state began.

Benue has been under the  grip of suspected Fulani herdsmen in recent times, leading to death of several people, but the state governor, Dr Gabriel Suswam, had earlier declared the attackers as terrorists who use herdsmen as smokescreen.

The attack took a dangerous dimension during the week when over 10 persons, including women and children, were found to have died of poisonous substance suspected to be chemical weapon.

According to sources, the victims had no cuts, gun-shot wounds nor bruises on their bodies but were found stony dead after  gunmen attacked their village at Sengev community in Gwer West Local Government Area of the state.

The Information Commissioner, who spoke  to newsmen on Friday, however, said that the ugly development had caught the attention of Federal Government, as he confirmed the incident in Gwer West. He added that the death toll from the poisonous substance suspected to be chemical weapon was 200.

According to him, “the use of suspected chemical weapon on our people has been on for few weeks now while the state government is taking measures to manage this, though the frequency is rising by the day.

“Let me tell you that about 200 people with the latest one in Gwer West have been killed with poisonous substance. When you go through their bodies no cut is seen; neither gun shot or bruise in their body anytime they were faced with these gunmen which shows that they died of suspected chemical weapons.”

Amatse, however said that the state government had directed the ministry of health to carry out autopsy on the victims to ascertain the cause of such death.

Meanwhile, about 19 persons were killed and another 15 abducted  at different villages in Agatu Local Government Area of the state same day.

Sunday Tribune gathered that among those killed or taken away were women and children in the latest attack by gunmen, who razed down many houses in the area.

Corroborating the chairman, the lawmaker representing the area at the State House of Assembly, Sule Audu lamented the absence of security operatives in the affected communities.

He appealed to the security agencies in the state to deploy their personnel to the affected villages and surrounding communities inorder to prevent further attacks on his people.

Contacted, police spokesman in the state, SP. Daniel Ezeala said the command was yet to be briefed on the  incident.