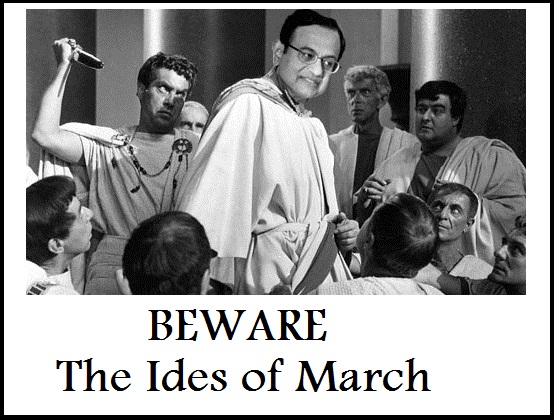 With only seventeen days to the 2015 general elections, there is no unanimity among the political parties regarding the sanctity of March 28 as the date for the commencement of the elections. On the contrary, the political arena is characterized by war songs, hate speeches and an anti-election mien, particularly on the side of the ruling party and its subsidiaries.

Governors of the ruling party, the Peoples Democratic Party (PDP), met yesterday and unanimously rejected the use of card readers by the Independent National Electoral Commission (INEC). This is a dangerous signal since the election is just two weeks away.

The ruling party has also never hidden its anti-INEC stance. Though it pretended to be neutral ab initio on the issue of postponement of the elections, the party eventually revealed its true colour when the military spearheaded the move. It is key actors in the PDP camp who are now most vehement in the call for the sack of the chairman of INEC.

The Muslim Rights Concern (MURIC) is perturbed by this ugly scenario. How can a ruling party consistently send out signals indicating that it is not ready for elections? How can a ruling party become so hostile to an electoral body which was essentially set up by the same government of which it is an integral part?

Nigerians do not need to be told that INEC is a product of the Federal Government. The success or otherwise of INEC’s operations must be shared by the Nigerian government. We assert clearly, unambiguously and unequivocally that if INEC fails it is the Nigerian Government that has failed.

While these dark clouds hover above us, a court ordered INEC to register a new political party just three weeks to the elections! To make its presence felt as a spoiler, the new party demanded that new ballot papers should be printed to accommodate it.

Despite the peace accord signed by all the political parties, Nigeria’s First Lady told PDP supporters to stone anyone who shouted the opposition’s slogan, thus providing the ingredient needed for an all-out political violence. It was the height of political barbarism.

MURIC invites the Federal Government to put its cards on the table for Nigerians regarding the 2015 poll. We affirm that the credibility of the elections will be substantially diminished if INEC chairman is removed or if the exercise is postponed a second time. Nigeria has crossed the Rubicon. We therefore charge all stakeholders to manifest utmost sincerity, to exercise self-restraint, to shun hate speeches, to eschew bitterness and to embrace peace and the spirit of sportsmanship.

We must not allow these ominous signs hanging above our heads like the sword of Damocles to destroy our dear country. They are neither good for the economy nor beneficial for the image of our country.