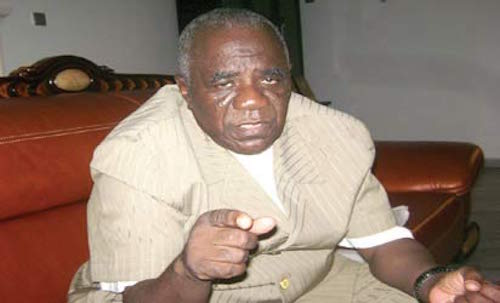 Senator Kanti Bello is a former Senate Majority Whip, who represented Katsina North Senatorial District on the platform of the Peoples Democratic Party (PDP) before joining the defunct Congress for Progressive Change (CPC), one of the legacies parties that formed the All Progressives Congress (APC). He speaks with Senior Deputy Editor, TAIWO AMODU, on the party’s 2019 presidential ticket, his fears about Buhari and the chances of his party.

How will you assess the Buhari administration in the last two years?

I will be frank with you. This is the first interview I am giving in the last two years. I have decided to be quiet. The reason is simple: this is our government and I contributed a lot for the government to be formed, both at the state and national level. I did it not for personal gain, but I thought it would be the government that would assist the ordinary people; a government that will turn round the economy.

I am a very practical person. I thought that a government, when it comes to Buhari, will be able to put smiles on the faces of Nigerians. I know that there are some difficulties; I know that the price of oil has gone down. I know all that but the human expectations, of the ordinary people, the way the government works, I can say 90 per cent of Nigerians are disappointed. And the simple reason is this; when we voted for this government, we believed, it was not only corruption that we wanted it to stop. We also felt that ordinary people should have enough to eat; they should have work to do. We expected some of our factories, especially up North here, would be revitalised. But look at what is happening. I can tell you, no nation with 120 million people can live and be a great nation when it has to import the food it will eat and it has to import clothing. We have the land, a favourable climate. We have sunshine. So, there is no reason we should be importing food and there is no reason why we shouldn’t be clothing ourselves. The reason is simple; there is no agenda to get things done. Read full interview in the Tribune