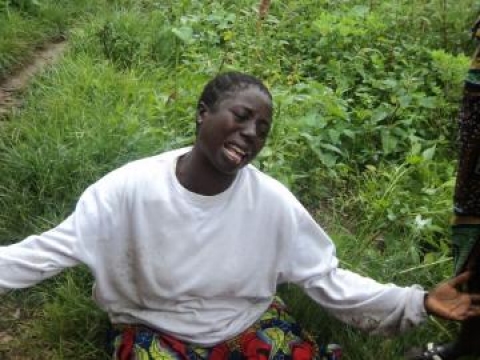 The villagers complained that from 4am when they alerted the police, there was no response till 9.30 am, by which time the gunmen, who were only about 5 in number, who went out one per village, had succeed in killing many, mostly the elderly, women and children and made their escape.

There is high suspicion among victims that it was the very army sent to guard the villages that engaged in this massacre.

Birom-Fulani Jos remains an epicenter of inter ethnic, sustenance land and resource wars in Nigeria. Grazing vs farm land, and land ownership remains the focus of the problem that needs urgent government address.

We reported recently on an effort to broker peace by Nuhu Ribadu and a special unit. Peace however is yet elusive.

Here is the fresh report of violence on SaharaReporters:

Not less than twenty two persons were reportedly killed in an attack before dawn early Saturday in Gashish District, Barkin Ladi Local government area of Plateau State where nine villages were invaded by unknown gunmen.

The casualties included mostly women, children and the aged. The gunmen were said to have divided themselves into five groups with each group taking on one village.

Eye witness said the gunmen were dressed in bullet-proof vest and army camouflage color. A mobile policeman who is a member of the Special Task Force (STF)  was said to have lost his life in the attack.

Source said the police had to evacuate hundreds of women and children from Nyar village for fear of he attackers returning at night. One of the police who would not want to be named said, “What is happening here is beyond our power, we don’t have enough men to protect all the villages, so we have to evacuate people from some villages to the local government headquarters so that we have fewer villages to keep vigil, because we don’t know what may happen at night”

A victim in Barkin Ladi general hospital, Serah Dauda said, “While the attack was on at night, no soldier came for our rescue and they are everywhere in Barkin Ladi, it was the mobile police that came to help the people, this made be suspect the soldier in this very attack”

A man who lost his wife in the attack, Abel Dangyang said, “I don’t see the value of the soldier said to be posted to restore peace, this is frustrating, we sent distress calls to the STF since 4am after our escape, but the soldier never came until the attacker did what they wanted, can you imagine the STF helicopter came to Barkin Ladi by 9:30am long after the attacker had finished their business and fled”

Member representing Barkin Ladi in the Plateau state House of Assembly Hon Gyang Fulani said, “Nine villages in my constituency were attacked simultaneously by unknown gunmen. I’m yet to get any detail from security agencies, but my people told me the gunmen were armed with sophisticated weapons and invaded the people in their sleep. I have confirmed nine people killed in Kakuruk village, another eight were killed in Ruk. These are the ones I saw with my eyes, there could be more, the security agencies will give the confirmed figure because I saw them collecting information right there, though people complain they came too late to the scene.

The combined efforts of the soldiers and the police found it tough to contain violence reaction by youths in the area who set burn fire on main road and were raining causes on members of the STF as not giving them enough protection by preventing such attacks.