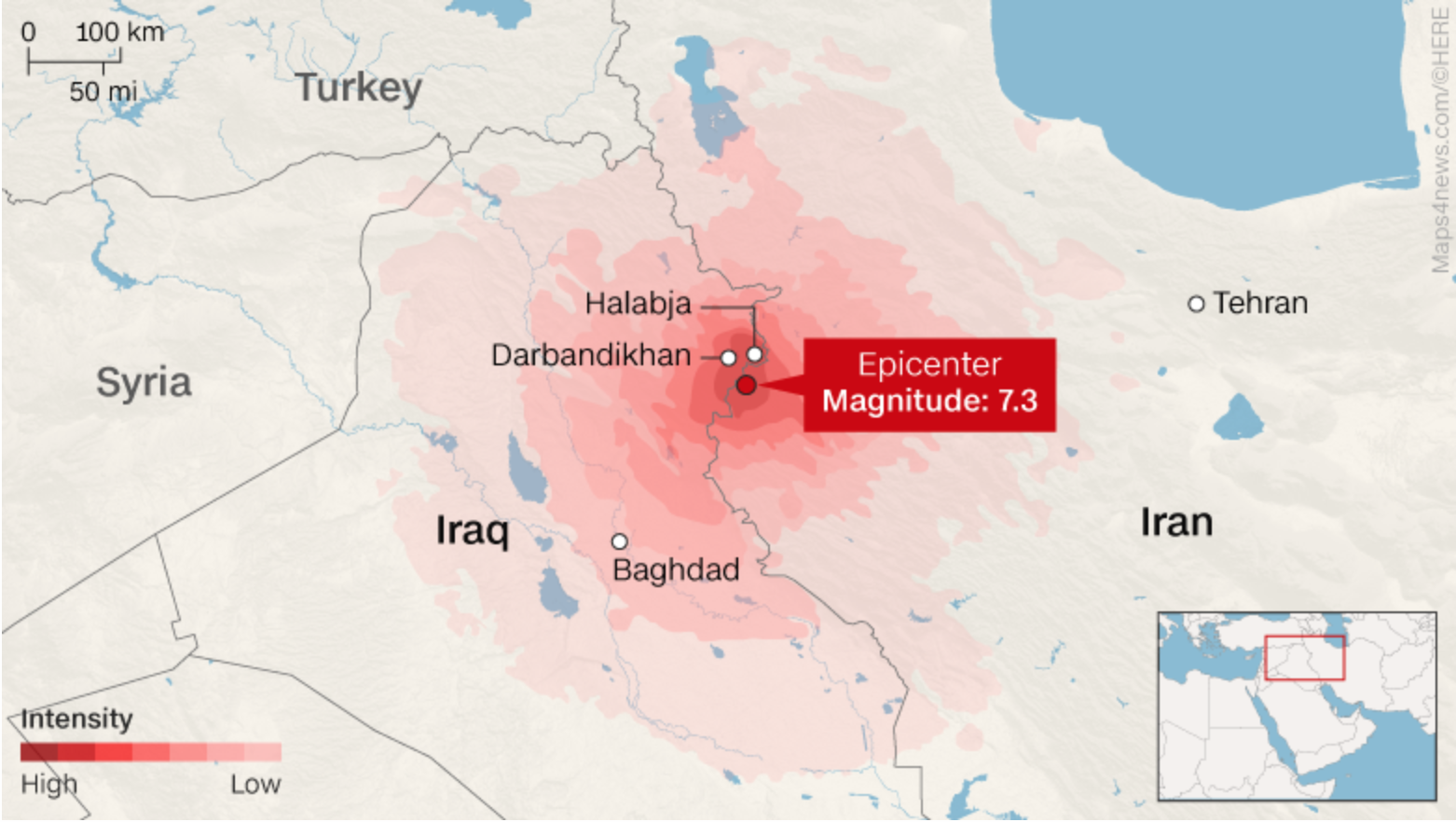 More than 200 people are dead and more than 2,500 injured after a powerful 7.3 magnitude earthquake struck the border region between Iran and Iraq late Sunday.

Iran’s Press TV said the highest number of casualties in the country occurred in the town of Sarpol-e Zahab, Kermanshah province, with the country’s semi-official Mehr news agency saying 100 of the 207 reported dead were from that town alone.

In the Kurdish region of northern Iraq, seven deaths were reported.

While most of the deaths reported so far have been in Iran, the quake’s epicenter was across the border in Iraq, about 350 kilometers (217 miles) north of Baghdad. Read full in CNN

#UPDATE Over 330 were killed in the earthquake along the Iran-Iraq border: authorities pic.twitter.com/IviIiR2dwL

As Earthquake hits #Kurdistan, Rojhelat was also affected in the earthquake with many dead and missing, numbers unconfirmed yet. pic.twitter.com/478mBw8ZoF