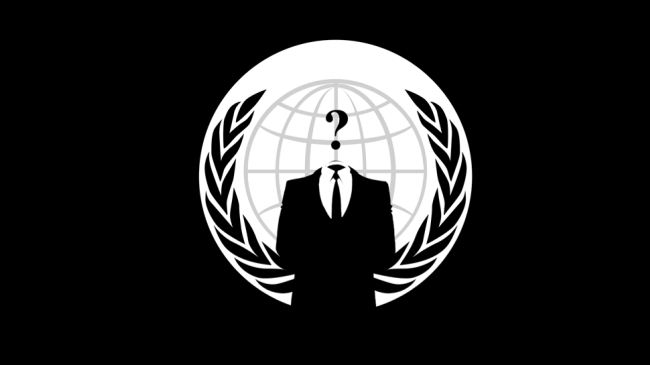 The hack, initially exposing a hidden network of 30,000 covert operatives, some openly labeled “hitman,” came only days after Israel admitted to their 2010 act of piracy and terrorism against the Freedom Flotilla.

Now the Israeli regime has filled the internet with threats against “Anonymous,” if detailed information on their terror cells is leaked.

After all, who is better to carry out acts of terrorism than an organization with 30,000 covert operatives around the world, almost all trained in use of explosives and demolition, building IEDs, car bombs, kidnapping and assassination and with a long and very public history of, not just murdering people but getting away with it as well.

A Subtle gleeful promise of Death to Anonymous hackers by Forbes

This comes as part of Anonymous’s self-declared cyberwar against Israel. However, as I have written previously, it will be interesting to see Mossad’s response. Israeli intelligence has a long history of conducting lethal operations such as assassinations. Whether taking down a Web site will be considered grave enough to warrant such violent retaliation is another matter. But if it is, and Mossad does catch up with the hackers, they may wish the FBI had caught them instead. Read on Forbes: http://www.forbes.com/sites/michaelpeck/2013/03/24/did-anonymous-hack-israels-mossad-spy-agency/

Every day we see it in the news, dozens killed in Pakistan, dozens more in Iraq, Kenya, Nigeria, the covert army of 30,000, planning terror, building a dozen car bombs a day and then being able to, not just write the lies blaming others but, in most cases, direct public officials, controlled through blackmail, threats or bribery, to “respond as directed.”

Did I forget Syria?

The army, more correctly the “cells” exposed by Anonymous include:

2. Espionage: Made up of trained agent handlers and signals intelligence personnel, often specially trained while posing as doing their “national service,” this group runs the Pentagon and White House, makes up Congressional employees, most think tanks, AIPAC and the ADL/SPLC. Key espionage operatives are seldom Israeli. Many are Turkish, Saudi, Jordanian and even Cuban diplomats.

3. Controlled opposition: Most obvious are the White Supremacist/Neo-Nazi groups recently exposed as being funded through Merkel’s government in Germany at the direction of the Likudist Party in Israel. Nearly every individual or organization, with few exceptions, that describes itself as “holocaust denial,” “anti-Zionist” or “historical revisionist” is now funded and directed through Israel.

4. Thought Control: No textbook, no university chair, no broadcast executive nor any news editor is ever employed unless a member of the “30,000.” All belong, all are, not just “answerable,” but actively involved in creating cover stories to shift blame for mass killings, political assassination, economic crimes or simply to put forth a continual “drumming,” of the big lie.

The first major act of terrorism by Israel’s Irgun, the predecessor to the Mossad, was in 1949. America’s first Secretary of Defense, an office Chuck Hagel only recently assumed, a man under 24-hour protection against Mossad assassins even today, was James Forrestal.

Forrestal was an enemy of Stalin and his inner circle of Zionists who, with the influence of Secretary of Treasury Henry Morgenthau, took control of President Truman, pushing him to back the occupation of Palestine by Communists, establishing a Soviet foothold in the Middle East under the guise of a “Jewish state.”

Under the guidance of Morgenthau, one million German POWs were starved to death, Germany was de-industrialized and Stalin was allowed to move into Eastern Europe and gain de facto control of France, Italy, establish broad terror and espionage cells that spread across the world, particularly in Washington.

When the now reviled Senator Joseph McCarthy claimed the State Department was filled with communists, he was totally correct.

Bernard Baruch told Forrestal that Zionists were going to kill him. The Irgun had tried to kill British Foreign Secretary Brevin in 1946.

Forrestal, though Secretary of Defense, was continually attacked by the media, Walter Winchell and Drew Pearson, the most influential columnists of the day, wrote scathing attacks against Forrestal continually.

Assassination teams following Forrestal were arrested more than once but released on orders from President Truman who, in March of 1949, finally fired Forrestal over his opposition to Israel’s ethnic cleansing of the Palestinian people.

Soon afterward, Forrestal was poisoned and taken to Bethesda Naval Hospital. While there, he was thrown out of a 16th story window, his body showing signs of a desperate struggle, the room in disarray.

Walter Winchell, an accused Stalinist agent, called Forrestal’s death a “suicide,” a verdict certified later despite evidence to the contrary. The control of the press, likely 10,000 of the identities Anonymous accessed, seen today was “alive and well” many decades ago.

As, decades later, the public became aware that the killings of Forrestal, the Kennedy’s, Martin Luther King, even prominent American Jews like Senator Paul Wellstone and his family were Mossad operations.

The Hollywoodism “spin” on the Forrestal assassination is the classic. We are told that Secretary of Defense Forrestal killed himself because his brain had been taken over by one of the aliens that crash-landed at Roswell, New Mexico in 1947.

Jeremy Kagen, producer of the 1981 film, “The Chosen,” depicting New York’s Hasidic community, is responsible for the 1994 film, “Roswell,” which implies Forrestal was murdered by aliens.

We have seen it for over 60 years, if the trail leads to Tel Aviv, it must have been “little green men.”

Is the Story Dead?

As soon as the story hit, press assets, both “blogosphere shills” and the MSM passed on the word, “Mossad assassination teams know where to find ‘Anonymous’ and are ready to kill family members, pets, blow up neighborhoods or even shoot up another elementary school.”

Those passing on the threats are guilty as co-conspirators, covering for espionage and terror groups, using terrorism to protect terrorists.

Thus far, we have only seen the email accounts, a horror in itself, revealing what may only be the “tip of the iceberg.”

What if only 5,000 of the 30,000 are “agent handlers?” Does this mean there are tens of thousands of additional “deep cover agents” armed with dirty bombs or ready to kill public officials if, let’s say, there is a threat to cut aid to Israel?