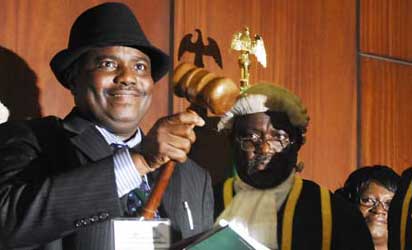 Thirty-seven out of the 208 PDP members in the House of Representatives on Wednesday defected to the All Progressives Congress (APC).

The defection was contained in a letter read by the Speaker, Alhaji Aminu Tambuwal, on the floor of the House.With the addition of the defected members, the APC now has 107 members in the lower chamber.

The defecting members in their letter, cited faction and division in the ruling PDP as reason for their action.They said that their action was in line with the provisions of Section 68 (1g) of the 1999 Constitution as amended.

It should be recalleds that five governors elected under the PDP platform had earlier defected to the APC.They are, Aliyu Wamako of Sokoto, Musa Kwankwanso of Kano, Abdulfatah Ahmed of Kwara, Murtala Nyako of Adamawa, and Rotimi Amaechi of Rivers.