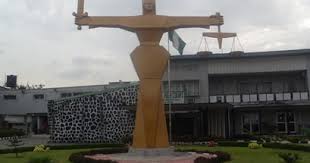 One Mr Dunstan Ukaga, aged 39, has been arraigned before an Ebute-Metta Magistrate Court for defiling a minor.

According to report made available in The Nation newspaper, the defendant, who claimed to be a freelance journalist was alleged to have severally raped the 11-year-old girl between April 24 and September 28 at his 311 Road, Block 2, Flat 6, Festac Town Home.

Prosecuting Deputy Superintendent of Police (DSP) Etim Nkankum told the court that the defendant had unlawful sexual intercourse with the victim, an offence punishable under section 137 of the Criminal Laws of Lagos, 2011.

The defendant pleaded not guilty and was admitted to bail by Magistartae A. A. Demi-Ajayi IN N500,000 with two sureties. The Magistrate also ordered that N300,000 each be deposited in the Chief Registrar’s account by the sureties.

The case has however been adjourned till November 26 and case file duplicated to the Director of Public Prosecution (DPP) for advice as ordered by the Magistrate.