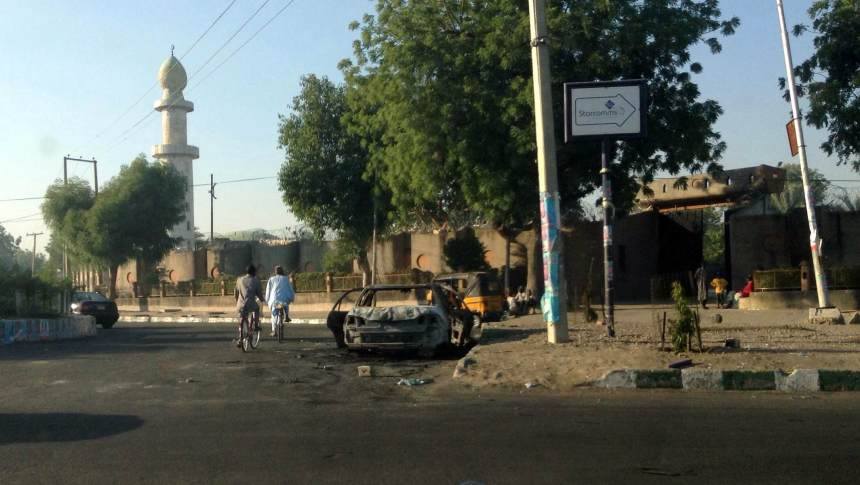 At least 33 people have so far been killed as four explosions rocked Maiduguri, capital of Borno state Saturday.

Daily Trust reports that the area has been cordoned off, but Mohammed Mai Kifi a fish monger at the market said,”The blast was devastating because it killed many people,” .

“It killed hawkers of bread, tea, fruits, labourers and artisans, this is a sad day for us,” he said.