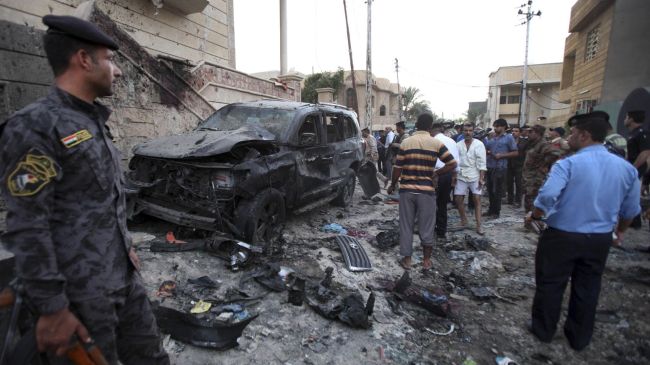 (CNN) — At least 41 people were killed and more than 165 others wounded Saturday in a series of bombings that hit Baghdad over a two-hour period, health and police officials said.

The 11 car bombs and six roadside bomb explosions were in predominantly Shiite areas. They all happened after sunset.

The blasts occurred a day after a hidden bomb went off during a sermon inside a Sunni mosque in Al-Wajihiya, about 85 kilometers (53 miles) northeast of Baghdad, killing 18 people and wounding 56 others.

Two of the bombs Saturday exploded in the Karrada neighborhood of central Baghdad, killing six people and wounding 12 others. One went off on a busy road and the other outside a popular fresh juice shop, officials said.

The bloodshed comes amid a recent increase in violence, much of it stemming from discord between Sunnis and Shiites.

Sunnis have long felt politically marginalized under a Shiite-led government in the post-Saddam Hussein era. They enjoyed more political clout during Saddam’s rule, before his ouster after the U.S.-led 2003 invasion.