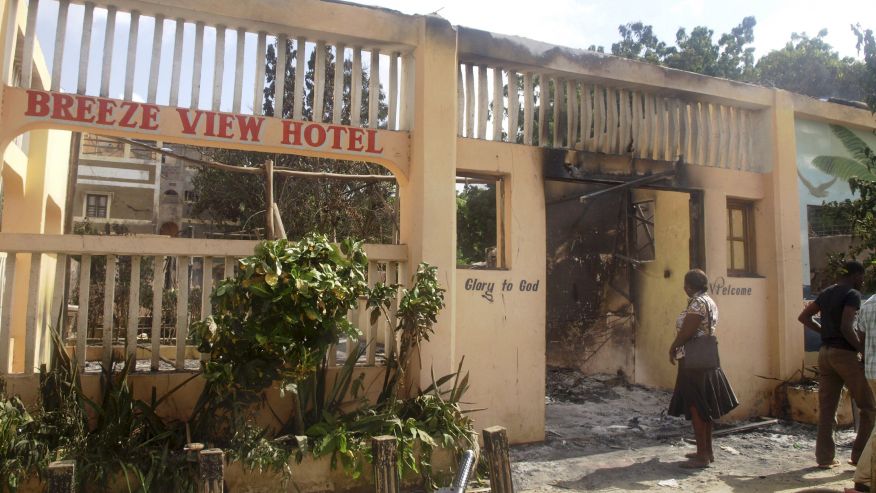 The Islamist terror group al-Shabaab has claimed responsibility for a brutal, religiously-motivated attack in Kenya that killed 48 people Sunday night.

Al-Shabaab — Somali militants linked to Al Qaeda — admitted Monday to carrying out the coordinated assault, which began Sunday and lasted through Monday morning, with little resistance from Kenya’s security forces.

The group said the attack was a response to Kenya’s “brutal oppression of Muslims in Kenya,” including the killings of Muslim scholars in Mombasa, a possible reference to the recent Muslim leader deaths in that Kenyan coastal city.

Kenyan officials said at least two of the hotels were set on fire. It was not immediately clear how many attackers were involved, but a police spokeswoman said it was believed that “several dozen” took part.

One police commander said that as residents were watching the World Cup at the Breeze View Hotel, the gunmen pulled the men aside and ordered the women to watch as they killed them. The attackers told the women that that’s what Kenyan troops are doing to Somali men inside Somalia. The police commander insisted on anonymity because he was not authorized to share that detail of the attack.

“They came to our house at around 8 p.m. and asked us in Swahili whether we were Muslims. My husband told them we were Christians and they shot him in the head and chest,” said Anne Gathigi.