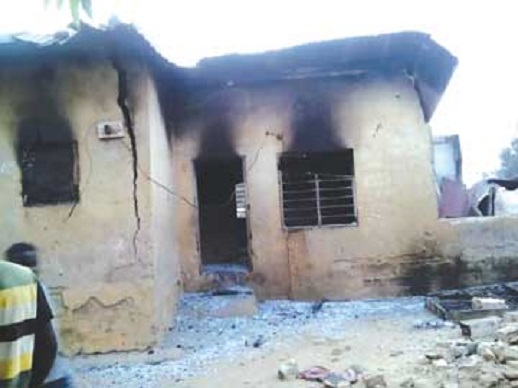 This is certainly not the best of times for the people of Benue State following communal conflicts and the recent bloodbath at Egba village, in Agatu local government area of the state.

In the Egba incident, suspected Fulani mercenaries launched an early morning attack on the community last Sunday, killing over 100 persons.

The attackers, who sneaked into the community from Loko, in neighbouring Nasarawa State, also burnt down houses, huts, economic trees and natural fish ponds located in the community.

That gruesome killing of the indigenous people, including women, children and the elderly, has elicited worldwide outcry and condemnation.

At press time, Sunday Vanguard gathered that the crisis has created over 20,000 internally displaced persons (IDPs) who live in makeshift camps without food.

Egba has also been deserted by the natives most of whom moved to Obagaji, the local government headquarters.

The crisis between the Benue farmers and the marauding herdsmen had been a protracted one that defied attempts by the state government to stem.

When the crisis was building up about two years ago, the state government and its Nasarawa counterpart entered into a peace deal in order to check cross border fighting after it was discovered that most of the arms-trotting herders streamed into Benue communities from Nasarawa.

Even at the heat of the crisis, which left some parts of the state in ruins and deserted, the Benue government also set up peace committees in both the Tiv and Idoma speaking areas of the state.

The committees worked with the police and were mandated to initiative and sign peace treaties with the leadership of the Maiyatti Allah Cattle Breeders Association of Nigerian. MACBAN, in order to stop the recurring crisis.

It was on that basis that those that were sacked from their homes and villages summoned the courage to return.