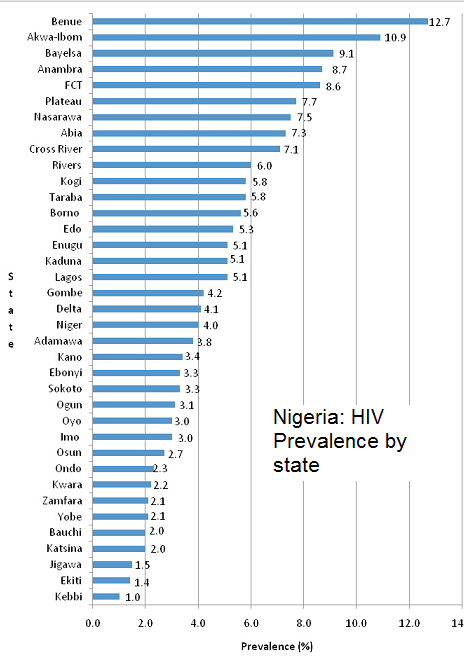 Governor Gabriel Suswam of Benue State has expressed concern over the rise in cases of hepatitis in the state.

Suswam said yesterday that a recent report written to him by the Nigerian Army indicated that at least five out of every ten persons in the state are infected with the disease.

He said that the Army called his attention to the development, following the result of test carried out on some indigenes during its recruitment exercise.

The governor, while playing host to the state chapter of Nigerian Medical Association (NMA) appealed to the doctors to urgently address the problem.

He pledged to make available resources for the association to carry out intensive awareness campaign in nooks and crannies of the state as well as procure drugs for prevention and suppression of the disease.

“I think you doctors should help us address the issue to curb further transmission before it becomes an epidemic,” he said.
Suswam also advocated step-up of sensitisation on HIV/AIDS to forestall cases of new infection.

Earlier, state chairman of the NMA, Dr. Terver Dzua thanked the governor for improving the welfare of medical practitioners in the state and for providing first class facilities at the state teaching hospital.

247– The Benue State Commissioner for Health and Social Services, Dr. Oduen Abunku, has disclosed that over 600,000 persons are currently living with the dreaded HIV/AIDS in the state. Abunku lamented that skyrocketing figure had left the state on the top of chart of available statistics of the most endemic states in the federation. The Commissioner, who spoke at the joint Memorandum of Understanding, MoU, signing ceremony between the Benue State Government, the NKST Health Services and the Nigeria Indigenous Capacity Building Project, regretted that HIV/AIDS infestation in the state was destroying and eroding the state’s capacity in the food and agriculture. He said: “In Nigeria, Benue State has for many years topped the chart of the prevalence of HIV/AIDS with over 600,000 persons living with the virus in the state.

“The virus is destroying our farms, schools and churches and that is why we will continue to partner organisations who are providing services to the infected and affected in the state.”

In his remarks, Governor Gabriel Suswam, who was represented by the Secretary to the State Government, SSG, Dr. David Salifu, said his administration would continue to partner relevant agencies and international partners to ensure that the scourge of AIDS in the state was effectively checked.

Suswam, who disclosed that at the inception of his administration, the state had only one HIV/AIDS treatment centre, however, noted that his administration had established 20 more centres for the benefit of the infected.