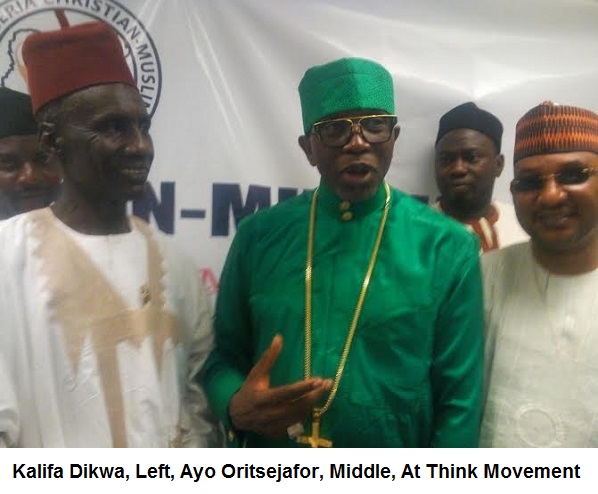 While over 5000 mostly women and children, malnourished to various degrees have been liberated after years hostage in northeast Borno state, boys and men are not in the groups.

A prominent elder citizen of Dikwa, Kalifa Dikwa as contained in our exclusive report had complained that both Boko Haram and the Nigerian army had killed off most males including his brothers, nephews and other family.

In that report Professor Kalifa Dikwa said that not knowing who is Boko Haram from innocent males as the terrorists had fled Sambisa forest under military bombardment into the communities, some officers of the Nigerian military had extra-judiciously murdered many males in his town Katulbare in Dikwa under an aggressive and overzealous campaign to crush Boko Haram in the time frame as dictated from their superiors.

The National Emergency Management Agency (NEMA) on Wednesday said over 5000 starved persons have been liberated from communities in Dikwa local government area of troubled Borno state.
The zonal coordinator of the agency in the Northeast, Alhaji Mohammed Kanar, said in Maiduguri, that the over 5,000 persons who were mainly children, women and elderly were freed in the recent military operation in Gamboru/Ngala.

He said they were previously cut off from civilization and the rest of the world.

Kanar said the people were virtually imprisoned in their communities as the routes to major towns were blocked by the insurgents Boko Haram who have captured major towns of Dikwa and Ngala surrounding them.

He said they were living on small rations as they were compelled to depend on their livestock and farm produce without allowance for trading and commerce with the rest of the world.

He said a team of officials from the National Emergency Management Agency (NEMA) and the Borno state government led by the Secretary to the Borno State Government (SSG), Alhaji Usman Jidda Shuwa took food and non food items to the Internally Displaced Persons (IDPs) at Dikwa town.

He said the IDPs were camped in a partially destroyed state government housing estate and abandoned structure with Dikwa.

Kanar revealed that some of them who spoke to officials of NEMA said they had not eaten for about three days and had to trek long distances to get to Dikwa.

He said: “They explained that they were virtually imprisoned in their communities by insurgents who had cut off their access to the rest of the world.”

The zonal coordinator of NEMA, who led the team of NEMA officials to Dikwa to attend to the welfare of the displaced persons, said after consulting with the SSG, NEMA decided to evacuate the IDPs who were in critical conditions back to Maiduguri for proper care.

He revealed that over 500 persons who were in critical condition were brought from Dikwa and are now camped at the Sanda Kyarimi IDPs camp at Custom area of the Maiduguri.

Speaking on what is to be done for the over 4,500 displaced persons left in Dikwa, Kanar said “when we visited, we noticed that they need drugs and other essentials of life, this will be delivered to them in the next few days.”

He noted that during the visit to the town, the agency had taken a truckload of food and non-food items for the use of the displaced persons.

DAILY POST recalls that the Nigerian military recently carried out an operation which liberated the area, and just at the weekend, the Chief of Army Staff, Lt. Gen. Tukur Buratai was ambushed by insurgents during a visit to the Nigerian troops in the area.