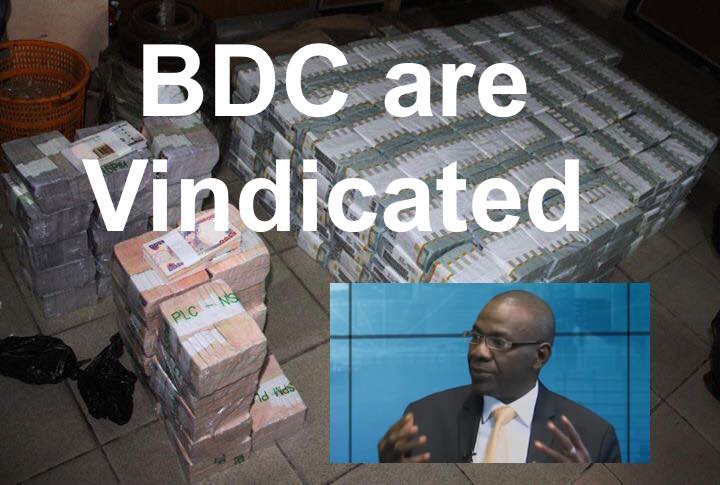 Alhaji Aminu Gwadabe, the President, Association of Bureau De Change Operators of Nigeria, said that the discovery of huge sums of money in Lagos has vindicated his members.

In an interview with the News Agency of Nigeria on Friday in Lagos, Gwadabe said ABCON was saddened by the development, but added that the real enemies of the Naira were gradually being exposed.

NAN reports that the Economic and Financial Crimes Commission on Wednesday discovered about $43 million, N23 million and £27,000 from a building at Ikoyi, Lagos.

According to Gwadabe, every well-meaning Nigerian has seen that the issue of depreciation of the naira was beyond the BDCs.

Gwadabe said: “Only God knows the quantum of money that is outside the banking sector.”

He said that it was unacceptable for an individual or group of individuals to store such volume of money at home.

Gwadebe said hoarding and currency speculation was no longer profitable, urging members of the public to desist from such acts in the overall interest of the economy.

Gwadabe urged the Central Bank of Nigeria to critically look into developments in the banks, where unutilised foreign exchange was returned to it in spite of long queues of persons waiting to buy them.
He said: “I heard that $100 million was given to the banks recently and only $$45 million was used.

“The CBN should look into the position of the banks and see how the unused foreign exchange can be earmarked for the BDCs.”

Gwadabe expressed optimism that with the spate of investigations and discoveries by security agents, the Naira was on its way to recovery.
NAN.