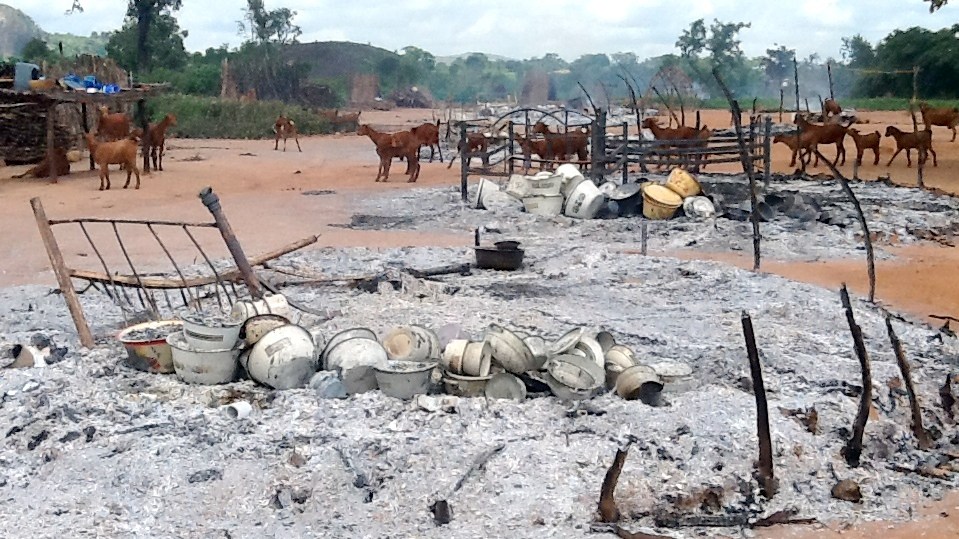 The Fulanis in Southern Kaduna have said 54 of their members from various hamlets were killed in the recent attacks in some communities in Kajuru Local Government Area.

They also said 15 others are still unaccounted for.

This was revealed by the Assistant National Secretary of Miyetti Allah Cattle Breeders Association, Ibrahim Abdullahi, at a press conference in Kaduna on Saturday.

The Kaduna State Commissioner of Police, Agyelo Abeh, had on Wednesday explained how the violence started.

He said some local youth “attacked a young Fulani boy grazing cattle for no known reason” and that the father of the boy “was equally assaulted when he came to his rescue” .

“The father later died in the hospital due to the injury he sustained from the youth,” he said.

The police commissioner said a total of 33 people including 27 Fulanis and six locals were killed‎ in the violence.

Speaking on Saturday, Mr. Ibrahim traced the genesis of the crisis to an incident of kidnapping in which both the native Adara and Fulani were victims.

The Fulani leader said after the incident, they called on security agencies to arrest and bring all culprits to justice.

“We also called on our members to exercise self restraint and not to take the laws into their hands.

“Three days after we woke up with another circle of killings,destruction of Fulani and their properties in a larger proportion of which the media turned a blind eye and covering facts regarding the onslaught against Fulani.

“As at yesterday Friday 21/07/2017, we have buried 54 corpses of Fulani attacked and killed by the Adara community in Kajuru local government,” he said.

Mr. Ibrahim accused the media of “deliberate distortion of facts and biased reporting” of the attacks.

“This deliberate distortion and misrepresentation of facts makes us to suspect that there is a grand design and conspiracy to give a dog a bad name in order to hang it.

“We wish to appeal to our media that this misrepresentation of facts will not do anyone good,” he said.

The Fulani leader also decried what he described as the inability of the security agencies to arrest those accused of perpetrating and masterminding the crisis.

“Their names have already been handed to the security agencies but up to now they are still moving freely as if nothing happened at all.

“For the avoidance of doubt, we have the full list of all those killed, 54 in number, and ready to take you to their graves.

“About 15 others are still missing. Thousands of cows are still unaccounted for and over 500 hundred displaced persons mostly women and children whose husbands have either been killed or missing are in Kajuru and Kasuwar Magani.

“You may wish to visit them to see for your selves their plight and deplorable condition. Those insinuating that Fulani killed over 40 people should please take you to their graves,” he said.