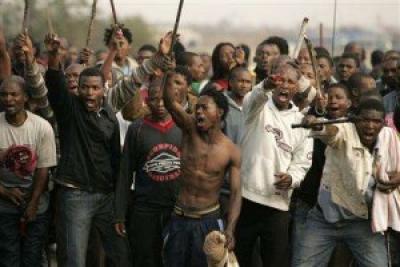 Aiye Confraternity and Black Axe members are said to be at war.


The latest was the murder of a middle-aged man at a beer parlor along Zabayor Street in Benin at about 10: 30 pm Tuesday night. Sources have, however, attributed the renewed gang war in the state to fallout occasioned by the ‘sharing formula’ of largesse from politicians in the just concluded governorship election in the state.