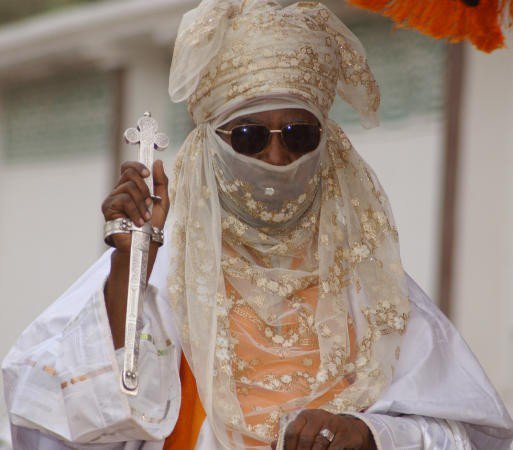 DailyTrust- At least six people were killed today when gunmen attacked the convoy of the Emir of Kano, Alhaji Dr. Ado Bayero.

The gunmen, around 12 noon, attacked the convoy of the Emir, along Zoo road, near Sahad Stores, killing his driver, his orderly and a traditional guard who tried to protect him, and wounding two of his sons who were also in his  convoy.

Daily Trust gathered that the Interim Management Officer of Kumbotso local government who was in one of the vehicles that tried to escape when the attack began was also killed along with two others in his company.

Two of the Emir’s sons, the Turakin Kano and the Ciroman Kano, Alh. Sunusi Ado Bayero were said to have sustained injuries and have been taken to the hospital for treatment.

The Emir was returning from a Quranic graduation ceremony which took place at Masallcin Murtala when the attack occurred. The window opposite where he was seated in the vehicle was also shattered during the attack but there are no indications he suffered any injuries.

The spokesman of the JTF, Captain Ikedichi Iweha confirmed the attack and also confirmed that the Emir escaped unhurt.

The dead and wounded are said to have been taken to the Aminu Kano Teaching Hospital, Kano. Personnel at the Teaching Hospital confirmed to Daily Trust that they received seven wounded individuals from the attack and one corpse while the Murtala Muhammad Specialist Hospital says five wounded victims were brought in to their emergency ward.

A member of the Kano Emirate council confirmed to Daily Trust that the bullet which struck the Ciroman Kano had been removed successfully at the hospital.

Funeral prayers for two of the victims were conducted around 4:30pm at the Emir’s Palace and had the Deputy Governor, Dr. Umar Ganduje in attendance. Governor Rabiu Musa Kwnakwaso was at the palace earlier to condole with the Emir. Link: http://www.dailytrust.com.ng/index.php/top-stories/48854-gunmen-attack-emir-of-kano-s-convoy-wound-sons-kill-3