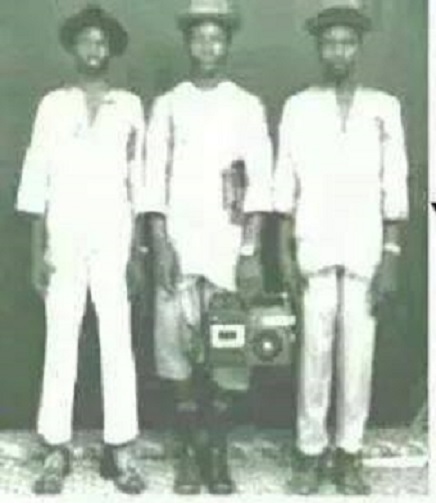 New facts emerging are putting into dispute the official age given by the President of Nigeria on his public service documents.

Accounts from the president himself and others who dare to provide information suggest that contrary to his stated age—being born on November 20, 1957; the president was born several, perhaps 10 years earlier and is over 60 years old.

President Jonathan said in 2011 while giving his Christmas Carol address:

“I remember the day I was chatting with a group of elders and they said after the war there was electricity everywhere, they travelled out and so on. I came to live in Port Harcourt in 1955. Even then, it was only Port Harcourt that had electricity, even the big cities, Bonny. But now, government must make sure even the smallest village and settlements have electricity light.” 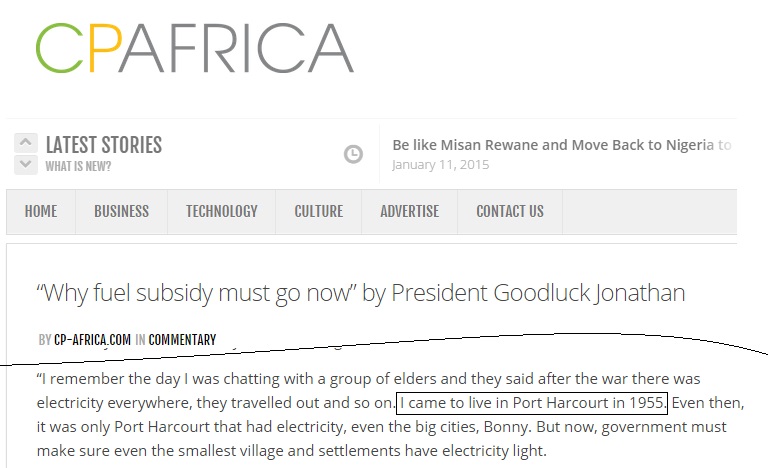 By his own confessions/admission, the president is at least 60+ years old. His true age is unknown.

Goodluck Jonathan’s account not only shows that he was born before 1955, but that he had cognitive ability to recognize electricity and to recollect this recognition. This puts him at at least 5 years of age in 1955, by which time such intellectual ability is developed. Thus the president’s real age is no less than 63 years!

In the book, “World History” by William J. Duiker, a former United States Foreign Service officer and Professor of History at Penn State University; co-written by Jackson Joseph Spielvogel, an associate professor emeritus at Pennsylvania State University; Jonathan’s real date of birth is given as 1951.

The historians said on page 869 of “World History”;

“After Yar’Adua died from an illness in 2010, he was succeeded by his vice president Goodluck Jonathan (b. 1951).” 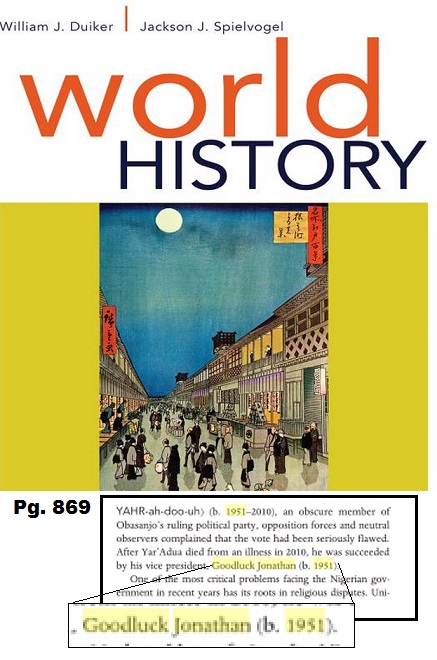 This date corresponds with the minimal age he could have been when he moved to Port Harcourt and observed the things he said he did.

It is a common civil servant practice in Nigeria of falsely reducing your age to enable you work and earn a salary from the Civil service  past your actual retirement age.

This adds to a series of questions being asked about Nigeria’s president, including whether he actually completed his PhD as no written Thesis to support this claim is yet available in academic and public domain. 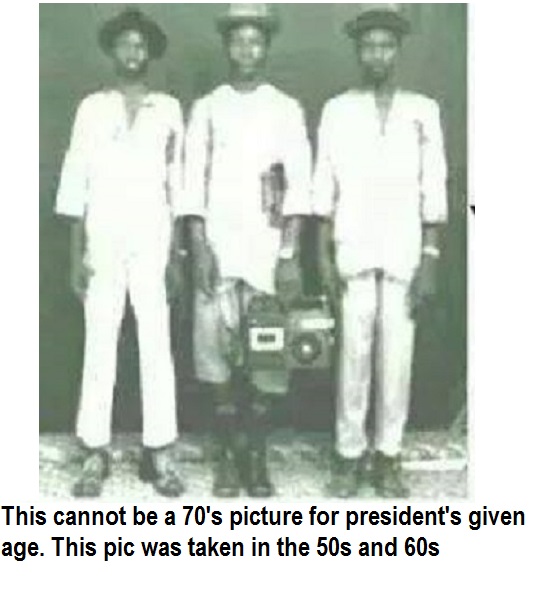 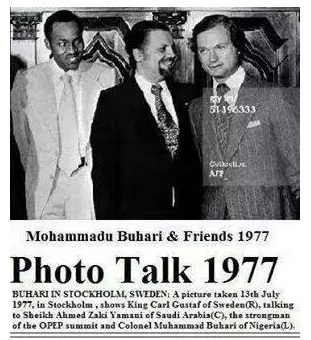 As a disclaimer: though some politicians attempt to discredit age as a disadvantage, my reference to the president’s actual age is no such attempt to discredit him. I believe in the wisdom of the elderly and this aiding their ability to make right choices from contradictory advise.