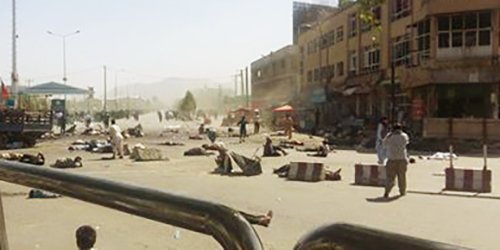 CNN- The death toll in Saturday’s bombing in Kabul has risen to 80, according to the Afghan Interior Ministry. Three suicide attackers carried out the bombing, according to an Afghan security official speaking on condition of anonymity.

ISIS is claiming responsibility for killing dozens of people during a peaceful demonstration by a minority group in Kabul, Afghanistan, Saturday.

“I saw tens of people laying down in blood around me and hundreds of people running away from the scene,” said Fatima Faizi, an Afghan freelance journalist. Source