ABUJA — THERE was drama, yesterday, as senators took a decisive step to end the deep-seated leadership crisis ravaging the Senate. At the resumed plenary, 34 Senators elected on the platform of the ruling All Progressives Congress, APC, and 47 Peoples Democratic Party, PDP, senators passed a vote of confidence in Senate President Bukola Saraki, Deputy Senate President Ike Ekweremadu and the entire leadership of the Senate.

The Senate also asked the Nigeria Police, Department of State Services, DSS and other security agencies not to allow themselves to be used to harass, intimidate or blackmail the entire Senate, senators and their spouses.

These resolutions were sequel to a motion of vote of confidence in principal officers of the Senate by Senator Samuel Anyanwu (PDP, Imo East) in line with orders 42 and 52 of the Senate Standing Orders 2015 (as amended).

The motion, which was seconded by Senator Dino Melaye (APC, Kogi West), was co-sponsored by 79 other senators. The development may have put to an end the lingering political tug-of-war in the Senate between the supporters of Senator Saraki and Senator Ahmed Lawan, who was the APC national hierarchy’s choice for the Senate presidency. 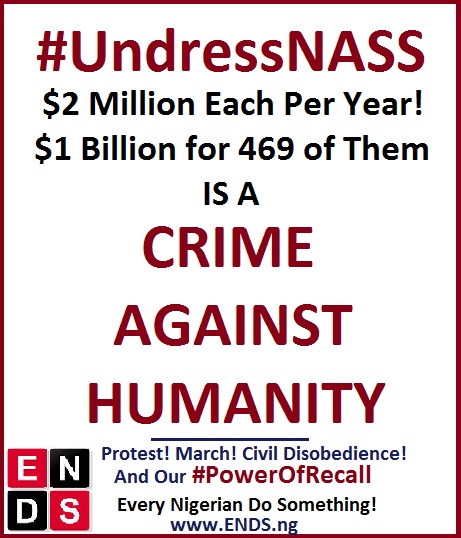 When the Senate President called for votes on the motion, there was no dissenting voice from senators who have been opposing the election of Saraki and Ekweremadu.