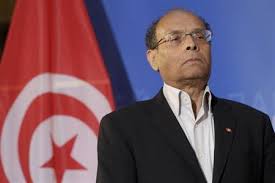 Anti-Islamist Beji Caid Essebsi, 88, was sworn in as Tunisia’s first freely elected president at a ceremony in parliament on Wednesday.

The election of Essebsi, a veteran of previous regimes, is seen as a landmark for the birthplace of the Arab Spring, where longtime dictator Zine El Abidine Ben Ali was toppled four years ago.

Essebsi told parliament he would be “the president of all Tunisians” and “the guarantor of national unity”.

Essebsi’s opponents have accused him of seeking a return to the era of Ben Ali, who clung to power for 23 years, combining authoritarian rule with a degree of prosperity and stability for his people.

Following independence from France in 1956, he became an adviser to the country’s founding father and first president, Habib Bourguiba, holding a number of key jobs under him and then Ben Ali.

But the anti-Islamist lawyer says Tunisia has turned a page on the past.

Essebsi took 55.68 percent of the presidential vote in a December 21 runoff against Marzouki.

It was the first time Tunisians have freely elected their head of state since independence in 1956.

The revolution that began in Tunisia spread to many parts of the Arab world, with mass protests in Egypt, Libya, Syria and Yemen.

In every country except Tunisia the revolution was followed by violent turmoil or, as in Syria’s case, a devastating civil war.

Essebsi and the new government will face major challenges.

Tunisia’s economy is struggling to recover from the upheaval of the revolution and there is a growing threat from militants long suppressed under Ben Ali.