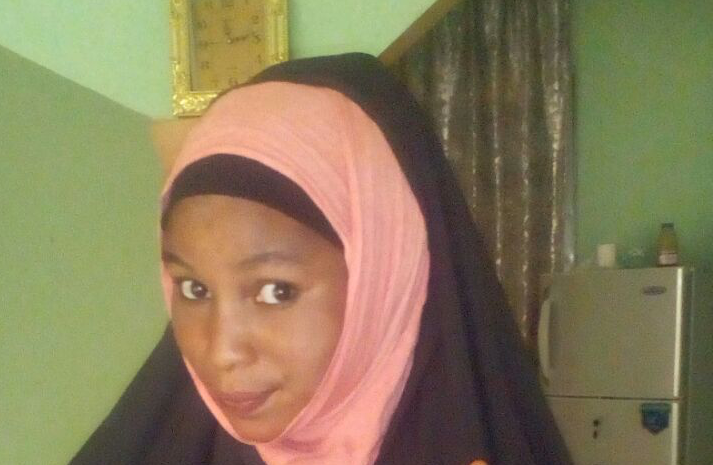 My name is Batoul Sa’ad, I am 17 years old. I hail from the ancient city of Kano in northern Nigeria. I just finished my secondary school, seeking to get admission at Bayero University, Kano.

At my tender age, my heart and mind know nothing but peace. I look forward to a happy life, chilling with my friends and family. I enjoy seeing other people laugh, so I do my best to cheer everybody up. I have a dream of living a peaceful and harmonious life.

My dream was shattered on a fateful Monday 14th November, 2016. Being an adherent of the Shi’ah Islamic School of Thought, I prepared to embark on an adventure by trekking from Kano to Zaria in Kaduna State within 7 days, of course, along with many other faithfuls including my dear parents, family members and friends. The trek has become famous in Nigeria as a symbol of commemorating Imam Husain (as) and the family of prophet of Islam, Muhammad (pbuh).

On that fateful Monday Morning as early as 7:00am, we set up for Zaria from Na’ibawa Bridge. The trip startled joyfully, my friends mocking me if I can endure. We were all full of happiness and joy, not knowing the calamity to befall on us.

As we were trekking by the side of the road, I spotted many police vehicles passing through the other lane, full of armed policemen. My heart skipped a beat. I talked to my friend about them, she said I should not worry, God is with us.

A moment later, I saw thick white smoke piercing through the morning sky. I was informed that men of the Nigeria Police Force have attacked the procession and started firing teargas. Soon, a canister fell close to us, and its smoke engulfed us. That was the first time I experienced teargas in my life. The effect was too much for me. I collapsed. I was subsequently put in a car. There were four other girls inside along with three men.

After some time, I heard loud sound of gunshots. We were informed that the police have started firing live bullets. The shooting intensified. As our car passed, I saw many people in blood, apparently shot by the policemen. I was deeply disturbed by what I saw. We reached a town called Karfi, where our driver parked at a nearby mosque due to the intense shooting by the police.

I was sitting in the back seat along with the other four girls. The men were in the front. Suddenly, I saw policemen approaching the car. We hugged each other, crying and praying. When they came close enough, they took positions and opened fire at us. My God! I had never imagined such a situation. The sound of their guns was deafening. I was so terrified hearing bullets piercing through the car. We screamed for help, but our voices were deafened by the continuous gun fire. After what seemed like an eternity, the gunshots stopped. The armed policemen stepped closer, opened the car door and threw all of us on the ground. The three men were all dead. The other girls laid motionless on the ground, all covered with blood. I then discovered that I was shot on the arm and I was bleeding.

When the policemen saw that I was alive, I heard one of them gave instruction that I should be killed because I may expose their action if I get away. With that order, one policeman hit me with his boot. I fell down on my face. He then stepped his leg on my neck, aimed his gun at my back and fired a shot. The bullet pierced through my back, broke my shoulder bone, ruptured my lung, broke two ribs and shattered my right breast. 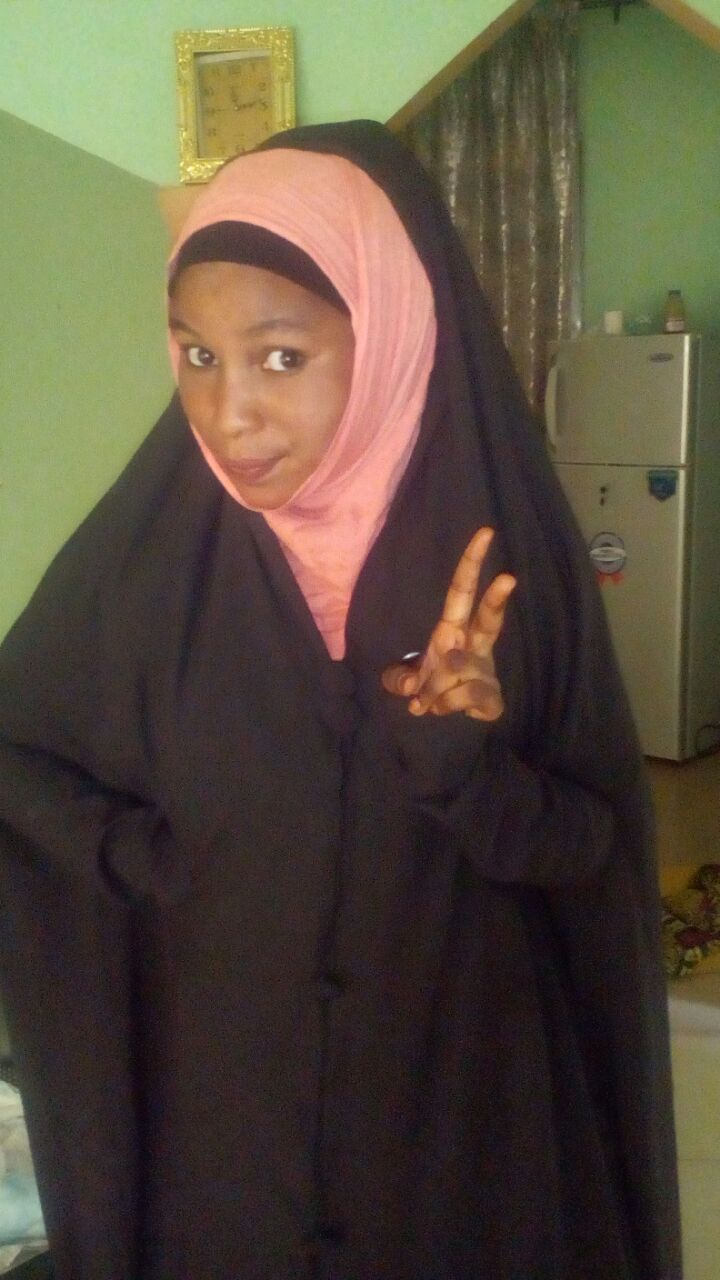 I cannot describe the pain and agony I felt. I couldn’t find the voice to scream and call my mother for help. I thought that moment would be my last in this world. For a moment, I lost my consciousness.

I woke up to find myself on the ground in an open place, certainly where I was shot. I could see the other four girls. I could not figure out whether they were alive or dead. I then heard one policeman giving orders that we should be burnt so that there will be no evidence of their actions. This made me to raise my head and look up. To further my horror, I saw policemen gathering firewood round us, apparently intending to burn us. I heard the voices of the other girls crying, pleading with them to spare our lives. An old policeman intervened and stopped them.

My ordeal was far from over. A police vehicle was brought. The four of us were bundled up and thrown inside, not minding our injuries. Apparently disappointed that I did not die, the policemen showered abuses on me, calling me all sort of names. One of them said he will make sure that I do not reach their destination alive. Hence, as frail as I am, he laid me down in the vehicle and loaded four dead bodies on top of me. The load was too much for me. I could scarcely breath. I cried and begged them for mercy. They only laughed, certainly enjoying the scene. After a long time, I was transferred to another vehicle along with many injured and dead. We were transported to the Police Headquarters at Bompai.

We were all thrown on the ground. My hardship knew no bound. The pain and agony of my wounds were so much for a little girl like me. I was bleeding through my chest, I was so scared of losing my blood completely. To add up to these, I was very thirsty and needed water dearly. I pleaded with the policemen around to help me with water, but they only mocked at me and said since I refused to die of gunshots, I’ll die of thirst. I had to resort to licking sand in an effort to quench my thirst. We were then taken to their clinic inside the Headquarters. To our disappointment, they only washed our wounds, they did not give us any medicine. I asked a nurse for water, but to my horror, she said she could not give me because the policemen were present, they will not allow it. Later in the evening, we were taken to a detention cell, the type I never imagined I could even visit, let alone to live inside. There were ten of us in one cell, all girls, almost all wounded. At night fall, an elderly police officer sneaked in and brought two sachets of pure water to us. We shared it one per five girls.

NATURE OF MY INJURIES: I was first shot on my arm. The bullet tore the flesh and passed out. The second injury is the worst and life threatening. When I was shot in the back as I explained earlier, the bullet broke my right shoulder bone, broke two ribs, ruptured my lung and pierced through my right breast. As a result of that, I have deficiencies in conducting my life. I can not speak loud, whatever I will say has to be whisper, and I can not cough. I cannot raise my right arm up, and I can only sleep on my left side; not on my back, not on the right side or facedown. I can not wear a dress, I stay half naked throughout everyday, nor can I bath myself, the other girls had to bath me everyday.

You may think that I wrote this letter from a hospital bed or my mother’s lap. Alas! I wrote from the Kano Central Prison where criminals are kept. I am accused of shooting and killing a policeman with a gun. My mind is at lost on how to respond to this cruel charge. The victim has now been transformed to a killer. A frail innocent girl like Batoul Sa’ad will not have the heart to hurt other people, let alone kill a man. Do I even know how to handles a gun?

As you read my letter to the end, please know that a young and injured girl is languishing in prison for no other offence than being a good girl. A girl that lost her smile and charm is longing to feel the warmth of her mother’s heart.

In the event that I die in this detention, please pray for my oppressed soul. Tell my story to your little children and enjoin them to always remember that Batoul Sa’ad was innocent and oppressed.