There is an emerging shortcut to delivering on the burden of performance borne by elected public office holders. It’s the menace of photo-ops and the extra mile taken to depict their “commonity” – a kind of humanity that recognizes the common man!

Around the middle of last year, during the gubernatorial campaign in a southwestern state of the country, two made-for-television images of the candidate of a party emerged. In one, the candidate held two roasted corns with both hands, while standing out of the rooftop of a moving campaign vehicle. In the second, he was eating popcorn in an open market. Sadly, the unending conversations that trailed both images were highly politicized as the opposition party ensured it used it to score a huge point. 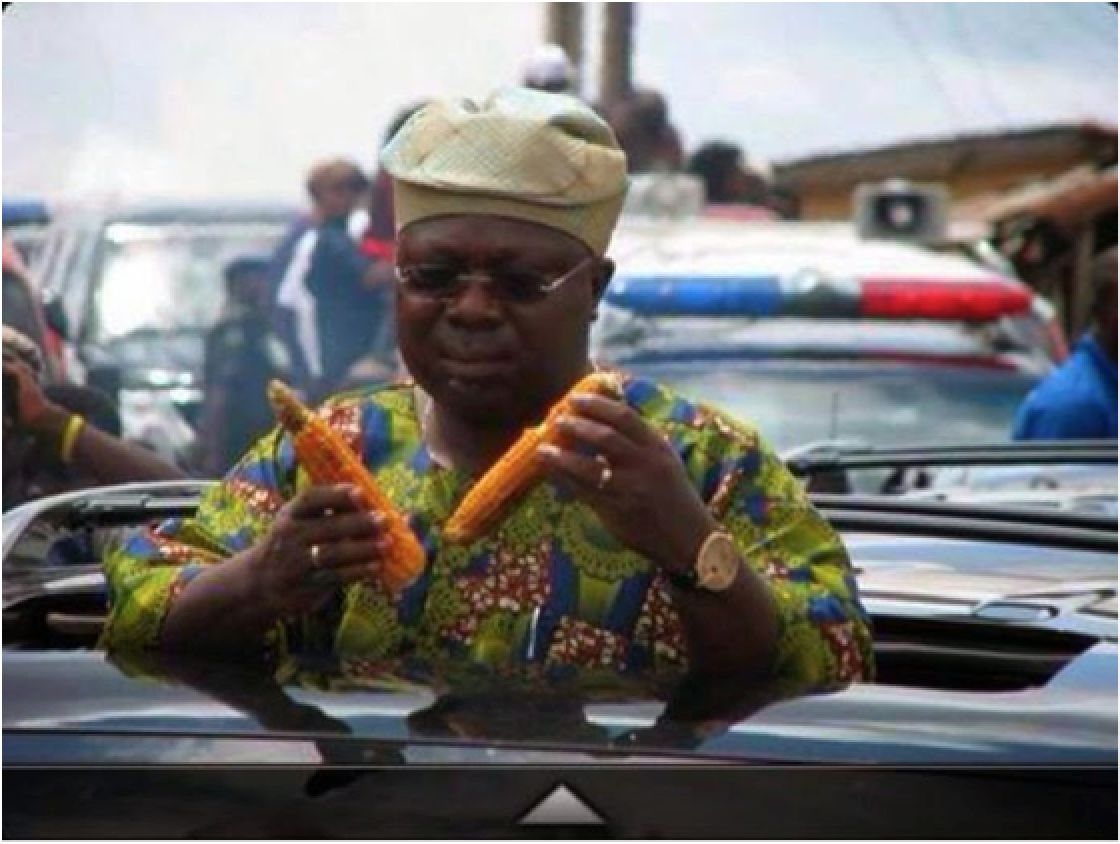 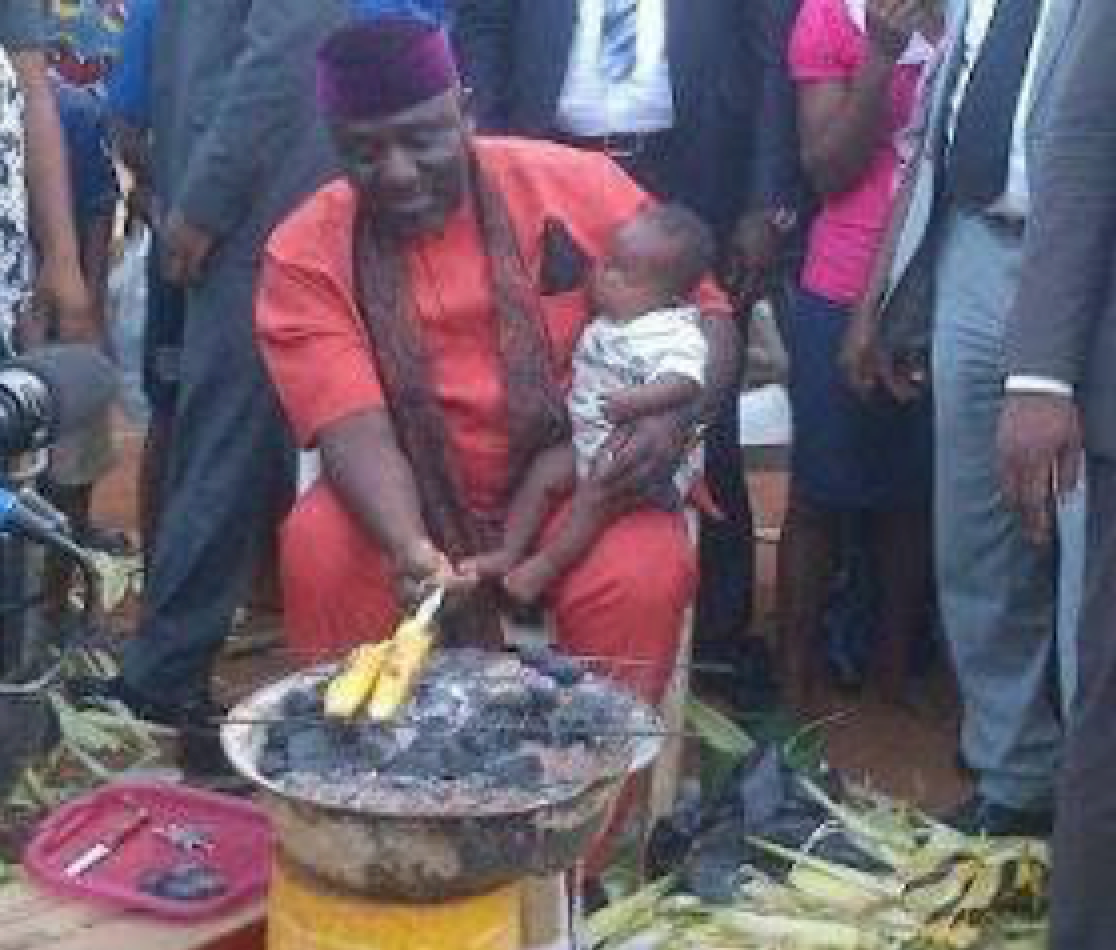 Last month, the image of a governor of another southwestern state of Nigeria dicing tendered hide called ponmo in local parlance, flooded social media. And as it is with all things social media, a very polarized argument soon emerged. While some hailed the governor for coming down to the level of the common man, others criticized his act as a tacit distraction from the task of governance and its accompanying expectation of performance. This image followed an earlier image of the same governor buying ponmo, pepper and palm oil at the open market that had surfaced sometimes early in the year. His depiction of the common-man shopping experience featured heavy personal security captured on the multiple lenses of the press crew associated with his office. In both instances, the many ensuing arguments refused to scratch beyond the surface of the act.

Last weekend, it was the turn of the #commonsense advocate, senator Ben Murray Bruce, to re-enact the common-man plot. In his version, he is seen riding a stationary bike and donating half of his wardrobe allowance to widows in his constituency. Consistent with the nature of social media, his gesture was received with mixed responses. While some have hailed it as laudable, others condemned it as utter patronizing. I belong to the latter category of those who openly expressed cynicism about his action only to find out that the senator does not take kindly to common criticism, evidenced by the uncommon speed at which he blocked me.

I will therefore take time to espouse my criticism further on a neutral platform that isn’t moderated by either of us. I will dwell on the tweet in the image by the Senator to summarize my criticism of the emerging trend.

First, an illusion that people elect a person who can come down to their own level is befuddling. If any responsibility lies in the electorate-elected relationship, it behoves the elected official to take the electorate to the next level. By reason of this logic, if your people ride okada (motorcycle), their expectation of you is for you to transform their lives so they can begin riding buses. If they already ride buses, then the expectation may be that you help them get on planes. By extension, if they hunger, your responsibility isn’t to hunger with them but to provide food for them. If they eat, then providing a source of income for them may be considered more responsible than eating with them. To put it succinctly, if your people wanted an okada-ride companion or hunger partner, an election may be an expensive process to produce such.

Second, the celebrated deifying of elected officials also comes through. A stooping down becomes relevant, only if there was an elevation in the first place. When elected officials are tucked away in the appurtenances of their office, better enjoyed in constituencies away from the one they represent, a periodic visit to the one they represent occasions media exploitation. A chairman of a remote local government lives in the city, miles away from his local government. A Governor with his retinue of luxury cars is hailed as a vanguard of the cause of the common man when he pays a scripted and well-exploited “unplanned” visit to the public transport park. The truth is, inasmuch as the rare stooping down of public officials to the level of the common man is lauded, the burden of real performance is lifted. As an aside, I must add that the contribution of Godfather politics in institutionalizing this phenomenon is matter for another discourse.

Third, and probably the saddest is the pervasive culture of mediocrity and low expectations we as a people have of elected officials. That a serving senator expects commendation for an okada photo-shoot speaks volumes of our understanding of his responsibilities. That a senate president and his senate will consider the launch of suggestion boxes a hard day’s work lends credence to mediocrity. We celebrate governors for building roads and confer chieftaincy titles on them at commissioning of boreholes. We take out pages to congratulate governors for paying salaries or building toilets at public secondary schools. In this regard, we are our very own problems, and not the elected officials.

In the end, every office holder needs to understand that tricking the media machinery to prioritize propaganda over performance is akin to putting the cart before the horse. Whether you are a senator of the federal republic or a governor of my state, simply do your job and leave the rest!

Damilare Ogunleye is a Communications Consultant and writes in from Lagos. (Twitter: @ogunleyedami)