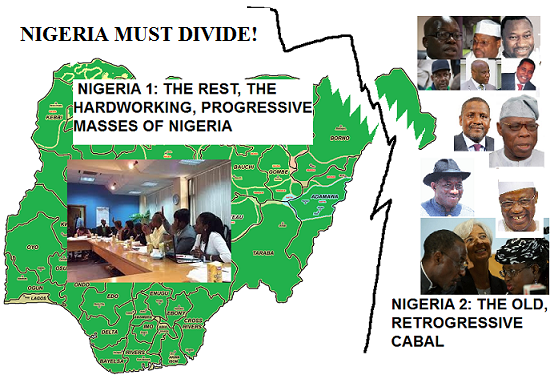 NewsRescue– It is 2014, and a constellation of Nigerians selectively drawn from variegated social, cultural, political and economic strata converges in a national concourse to pit issues against issues; issues as vital as oxygen to the life of country.

Paroxysms of ventilated, dark outbursts by participants like enuresis greet the national confabulation. Fits of rage, anger, disgust and hatred rise to the full glare of the public betokening and confirming the same negative feelings Nigerians have for one another.

The national conference becomes one of a kind, in the sense that it ends just as it starts. All drama, no action. A powwow of nothing! The mixed reactions that assail its genesis end in an anti-climax.

After it all, things are still the way they are. There is still disunity among Nigerians, there is still nepotism, there is still fraudulent federalism, there is still marginalization of some ethnic groups, there is still tribalism and a lot more in the scroll of how not to be a country. All these and more are the problems the Nigerian national conference is primed for settling, but ironically it accents them instead. It is sadly not a people’s conference. And the people cry out,”We have not been heard!” “We have not been well represented!” Their cries grow stronger until their voice becomes sour, and their strength dissipated. And as it customary for Nigerians not to persist in a common cause of ultimate good, they absorb the “shock” and slither into their quotidian lives.

The national conference rests in the rough pages of Nigerian history and becomes a topic that is taught at Nigerian schools. Anger and acrimony fester still.

Then comes 2015 with the smouldering heat of angst, dangerous anticipation, built-up aggression, twisted ambition and diabolical aspect; the national firmament is blackened by the hue of bad politics, and the polity is charged evilly to the max.

The hurly burly, pomp and circumstance of political campaigns leave towns in a dreary frenzy. The battle of the presidency is clearly between the People’s Democratic Party (PDP) and the All Progressives’ Party (APC).

There are assassinations and rumours of assassinations. And the presidency is uneasy, gutted and befuddled about the tenuous security situation that has been gathering explosive momentum since the intrusion of Boko Haram and kidnapping into the country. The Ijaw are angry. They see all the immanent, minatory challenges as upgrades of the nefarious ploys of some unfeeling groups to incapacitate the president. And they threaten, this time with ruthless temerity and naked audacity, even brandishing weapons, that it is their kinsman as president again or the demise of Nigeria. At the same time different interest groups from other ethnic nationalities in Nigeria chant war songs voiced in the mantra of sectional nationalism. The flame of disintegration is fanned unceasingly harder.

Nigerian politicians put on display their crudest and vilest proclivities. It is a case of dog eat dog.

The election comes, the two dominant political parties- the PDP and the APC get busy and set their rigging apparatchiks, machines and apparatuses to work. The winner is usually the candidate whose rigging machine, apparatchik and apparatus are more devious, intricate and expedient in a foe-decimating way.

The presidential election is done, and there are accusations and counter accusations of vote rigging.  The election results are delayed. There have been reports of electoral malfeasance.

Across the nation there is dreadful anticipation. The dander of some Nigerians rises steadily as they wait. Fear grips some too for the reason that the unexpected may happen.

The election results are announced it is not the expected candidate that is declared winner, for every political party in an election believes its candidate a winner.

There is a sporadic outbreak of riots and violent clashes which envelop the country effectuated by the announcement of an unexpected candidate as the winner of the election. The dog and baboon are soaked in blood as it has been said. The crises take more bloody and sinister dimensions; the rekindled flame becomes an inferno.

To stem the drift of the country into apocalypse, the military may likely intervene. And just in the wake of the intervention of some military marauders from the “customary” ethnic class-Hausa/Fulani, Nigeria falls! Other ethnic groups in Nigeria have endured the domination of leadership by that section of the country through the military for as long as forty years. They cannot take it anymore. And this time nobody fights for Nigeria unlike in the past when the secessionist attempt of the Igbo was crushed.  It becomes very obvious that Nigerians are tired of Nigeria.

The fall of Nigeria is greeted with jubilation, excitement and fanfare in the various ethnic enclaves. All Nigerians have contributed to its collapse by removing bricks from different parts of its structure.

New nations forged along ethnic lines emerge from the wreckage of the crashed country. The new nations soon are confronted with their own survival challenges. Things do not really look different. There is still corruption, poverty of a majority and crime. And it is the same struggle between the patrician and the pleb, the rich and the poor, the political class and the rabble, just as it was in Nigeria; the fallen country. The difference is the set of people; there are now native corrupt imperialists and oppressors.

While some people in the emergent nations say it is better for them to be servants in their own fathers’ houses than for them to be slaves in other people’s houses (justifying their parlous conditions in their new countries), some call for their heroes who are long dead to magic their internecine problems made worse by people with whom they share consanguinity into palpable solutions. The Republic of Oduduwa call for Awolowo; The Republic of Biafra call for Ojukwu , Arewa Republic call for Ahmadu Bello,and so it is with others.

In the same quandary, some wish they had held Nigeria together, and that they had fought for her. But those are just wishes, Nigeria now resides in History Avenue.

After the country falls, the same problems in entombed Nigeria persist in the emergent nations because new people with pristine consciousness  did not emerge, just new countries emerged.