A brother who is a Lecturer in one of the Nigerian Universities sent me an Audio recording of a “counselling” session of the Emir of Kano, Muhammad Sanusi II on the recent brutal killings of defenseless Shia Muslims in Nigeria by the Nigerian Army. When I saw the title of the Audio recording I thought it was the usual Emir Sanusi that will preach Unity, tolerance, mutual respect & peaceful coexistence among all Nigerians whether Sunni, Shias, Christians & followers of African traditional religion. 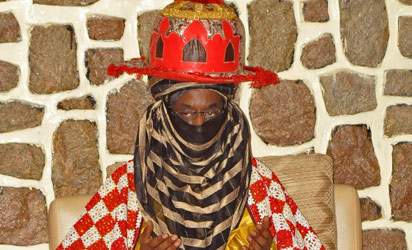 Sadly that was not what happened, I discovered a new Emir Sanusi who is reading a script given to him be the corrupt northern Elites & promoting the evil agenda of #ShiaGenocide & Shia cleansing. I deliberately refused to add the word “Sunni” in describing this corrupt elites of Northern Nigeria because they do not represent the real Sunni Islam that led that Great Islamic civilization that history celebrates. It is important that we note this corrupt Northern elites are largely responsible for most of today’s ills in Nigeria & they are wholly responsible for the extreme poverty, ignorance & backwardness of the Northern Nigerian that had a rich past history.
Emir Sanusi made some allegations that are malicious, divisive & threat to peaceful coexistence in Nigeria. He claimed that Shia Islam is all about cursing & insulting Companions of the Prophet (sa) and the wife of the Prophet, Umm ul-Mu’meneen Aisha. All followers of Shia Islam in Nigeria are followers of Grand Ayatollah Sayyed Ali Khamenei as their Mar’jii Taqlid (Religious Reference) including followers of Sheikh #Zakzaky who are the majority. It is important to note there are two other Shia organizations in Nigeria that are independent of the Islamic Movement that is led by Sheikh Zakzaky. In 2005 Ayatollah Khamenei gave a Fatwa (religious Edict) that made it Haram for anybody to abide or insult personalities revered by Sunni Islam. These personalities include Abubakar, Umar, Uthman & Aisha.
So Shia Muslims in Nigeria do not abuse these Sunni personalities, the fact that Shia Muslims does not consider them role models to follow is known to all students of Islamic history. The Prophet (sa) had nine wives & Shia Islam have the utmost respect to seven & considered them role models of Muslims but the point of differences is on two, Aisha & Hafsat. And the reason for this is the other seven played the role given to them by God as “Mothers of all Muslims” perfectly by refusing to be involve in politics. The other two especially Aisha abandoned this role by involving in politics. She raised a huge Army against the legitimate Govt of Imam Ali (as) & launched the first civil war in Islam. More than 30,000 Muslims were killed in that war. She was supposed to be the mother of all Muslims not initiating wars & wars among Muslims. May forgive her sins & the transgressions! 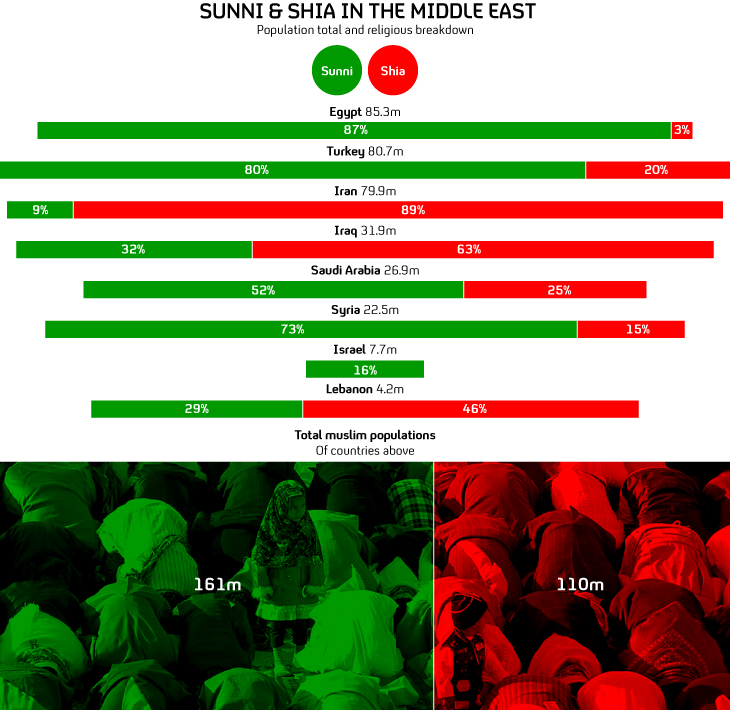 Emir Sanusi also claimed that since Islam came to Northern Nigeria it has always been a “AhlulSunnah” & insinuations that they will not tolerate anything other than this. To remind him before Islam came to Northern Nigeria, African traditional religion existed. And after Islam came, Christianity also came to Northern Nigeria. Today there are millions of citizens of Northern Nigeria that are Christians. And again the Ahmadiyyah sect also came to Northern Nigeria & they still exist with their mosques & schools. Emir Sanusi should understand that with the Globalization of the world, artificial barriers had been smashed & in future we might see Hindu & Buddhist Temples in Northern Nigeria.
Another malicious insinuations of Emir Sanusi is equating Shia Islam will murderous terrorist cults like Maitastine & BokoHaram that are offshoots of Sunni Islam. These terrorist groups from day one were hell bent in killing innocent civilians, they are murderous entities that only know how to kill people & they are not offshoots of Shia Islam. There is no where in the world where Shia Muslims are terrorists, terrorism has no place in Shia Islam because the Shia Religious references will never approve it. Sheikh #Zakzaky started his call more than 37 years ago no single innocent person had been killed. He & his Islamic Movement are completely peaceful & they promote Unity of Muslims & peaceful coexistence with Christians. The Islamic Movement is the only Muslim organization in Nigeria that invites Christians to all its programs & also attend Christian programs when invited. Sheikh Zakzaky in other to promote Unity among Muslims had forbid his millions of followers to build mosques. He ask them to always pray in the Sunni mosques available.
Emir Sanusi & this corrupt Northern elites must understand that Nigerian constitution guaranteed freedom of worship for all Nigerians. Their attempt to suppress & crackdown on Nigerian Shia Muslims is unconstitutional & wicked. What is wrong with Sunni Islam today is not that millions are abandoning it for Shia Islam, what is wrong with Sunni Islam today is that it has been contaminated by Wahhabism & infiltrated by it. Today the face of Sunni Islam contaminated by Wahhabism is hate & terrorism. The real Sunni Islam rubbed soldiers with Shia Islam but the Sunni Islam contaminated by Wahhabism is inferior to the high values of Shia Islam & this is the main reason today why millions of Sunni Muslims are becoming Shia Muslims.
Go to all these Wahhabi infested mosques in northern Nigeria, they only promote hatred for Shias & Christians. This is what their preachers does everyday. They do not teach people tolerance, love, mercy, kindness, generosity & peaceful coexistence. What they teach their followers is to Shia Islam & Christianity. That was why when the Nigerian Army brutally killed defenseless Shia Muslims in Zaria they were happy & jubilating. One day if Christians are massacre like this they will still celebrate like they are celebrating today.
My advice to these corrupt Northern elites is that they should please allow peace & security to rein in Nigeria. There are Tens of thousands of Shia Muslims in Southwest Nigeria, have anybody ever heard and clash or killings. They are accepted, tolerated & considered part of the society. This is because Islam in the south is based on sincerity will Islam in the north is contaminated. This corrupt northern elites must understand that Faith can never be imposed or forced. They will never succeed in forcing Shia Muslims to return to Sunni Islam. If they want to halt this slide they must return to the real Sunni Islam of Sheikh Uthman Ibn Fodio (ra) who was tolerant & celebrated the Twelve Imams of Shia Islam.
The corrupt Northern elites should understand that we know the Wahhabi regime of Saudi Arabia gave you this contract to inflame sectarianism in Nigeria & target the peaceful followers of Shia Islam in Nigeria. In the past you had received millions of dollars yearly from Saudi Arabia to spread Shiaphobia but you woefully failed. The more you spread Shia hate, the more Nigerians turn to Shia Islam. Is it not time for you to repent & allow peace to rein? You are trying to demonize & humiliate Sheikh Zakzaky who have always been an advocate of peace, unity & mutual respect but who you succeeded in doing is making the world know about him & his message. Today thousands come to my websites to know more about Sheikh Zakzaky & his Movement & 60% of them are from the West.
Finally, my last word to all Nigerians is that we should reject Hate preachers. We should political & religious leaders who promote hate & have hate propagation as an agenda. Hate will never benefit Nigeria, hate will only breed wars, conflicts & senseless killings. Nigeria is the only country we have, if we allow evil & corrupt leaders like this corrupt northern elites to destroy our country then we will live to regret that.
#GodProtectZakzaky
Elbinawi.wordpress.com
[email protected]