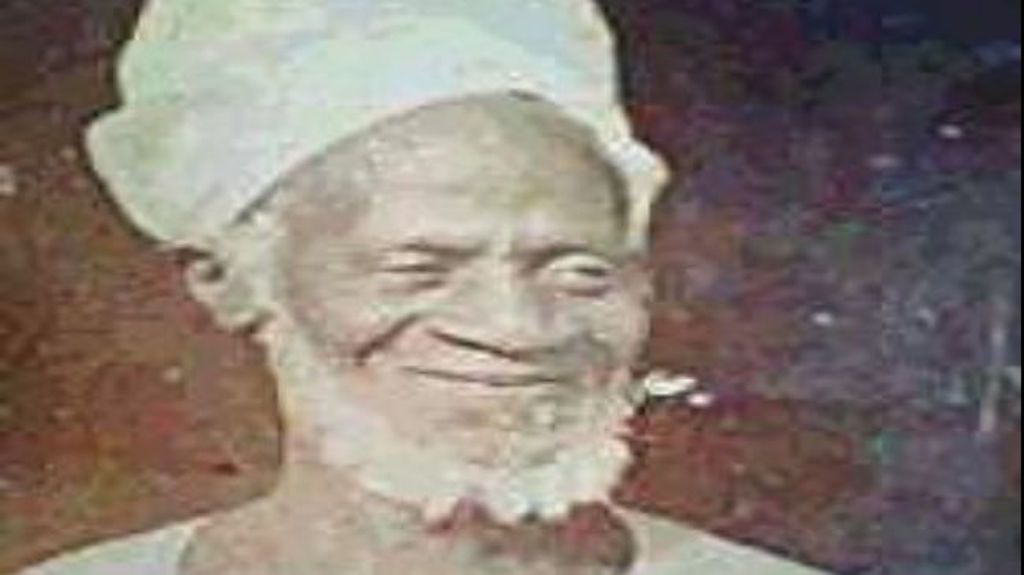 The development of islamic education in West Africa cannot be said without mentioning the contributions of the Late Emir of Gwandu who happens to be a scholar in Islamic political thought Sheikh Abdullahi Bin Fodio and that of his Elder Brother Sheikh Usman Bin Fodio.

Abdullahi Bin Fodio or Dan Fodio (1766 – 1828), was the sultan of Gwandu (1819 – 1828), a scholar and brother of Usman Bin Fodio (1764 – 1817). Usman being more of a scholar than a politician, delegated the practical regency of the western part of his empire to Abdullahi, who later became the emir of Gwandu and the eastern part to his son Mohammed Bello.

Sheikh Abdullahi memorized the Quran from his father, Muhammad who was known as “Fodiyo” which means the scholar in the Hausa language, he was raised religiously studying the outward and inward sacred sciences and devoted his life to inviting non Muslims to Islam and Muslims to the sunnah, studying, teaching, waging jihad, travelling the spiritual path of inner excellence and establishing Islamic governance.

Much has been said and written about Sheikh Abdullahi Bin Fodio both by his contemporaries and by later generations. A lot has been written about his scholarship and his military powers, qualities which no one can contest because they are as obvious and clear as the daylight, as a student of islamic political thought, I see the need of writing such an important article for the benefit of my followers on social media, the Sheikhs contribution in Islamic education I believe can serve as inspiration to many.

There is a general consensus that sheikh Abdullahi was extremely pious and God fearing and had very strong, deep and unwavering faith, His source of leadership and political thought was armed with faith and with submission to the will of Allah, this is also his source of strength, he tried to model the whole of his life on the teaching of Islam. He had the Prophet Muhammad (SAW) as a physical example to emulate.

He direct his attention to the acquisition of learning, whatever is learnt must be put into practice, he was a great scholar of Tafsir, Hadith and figh, having  to his credit two Tafsirs; Diya’al Taswil and Kifayat Du’afa.

The sheikh has gone far and wide, nook and crannie of west Africa in joining his brother to preach the religion of islam apart from these he engaged in teaching and writing.

Among his works include:

The light for governors (Diya la hakam) written 1804 – 1808, also published in Hausa as Hasken Mahukunta by Gaskiya Corporation in 1964, The light of politics (Diya-al-siyasat)  written 1819-20 was aimed in shaping our politics to the teachings of islam.

The light of interpretation (Diya-al-tawil) 4 volumes, The light of the community (Diya-al-umma) written 1811, the flawless way in leadership (Sabil-al-Salama fil Imama) originally written,1816
Cancellation of the copies are among the numerous works of the Late Emir, there are being circulated not only in Africa but all over the world,  and are serving as his major contributions to the development of islamic education.

Sheikh Abdullahi had consistently throughout his life supported the rule of law and condemned tyranny, injustice and oppression. To check that he ruled that a ruler must make himself easily accessible every day so that he would hear complaints, if any, from the strong and the weak members of the community against oppression or injustices from his officials.He also saw tyranny oppression and injustice as some of the basic things which distinguish mulk(Kingship) from Khilāfah (Caliphate).

If our society of today can learn the virtues and adopt the character of Sheikh ʿAbdullahi, most of its ills would be cured. Security, peace, and tranquility will prevail, everywhere. Justice will be dispensed without fear or favour, love and understanding will guide mutual relations and honesty, integrity and rule of law will be the order of the day. If we succeed in emulating his character our nation will be as safe and secure as the Sakkwato Caliphate was during the 1820’s when Clapperton described it as follows:

The laws of the Qur’an were in his (Sultan Bello’s) time so strictly put in force — that the whole country when not in a state of war, was so well-regulated that it is a common saying that a woman might travel with a casket of gold upon her head from one end of the Fellata dominions to the other.

As someone modeling his life on that of the holy Prophet (SAW) SheikhʿAbdullahi possessed virtually all the good virtues one could think of, his jihad and philosophical teachings have circulated and accepted within the orbit of islamic west Africa.

Adnan Mukhtar Adam Tudunwada is a Student of Islamic Political Thought In The Department of Islamic Studies Northwest University, Kano. He is The Secretary General of The University’s Students Council, He Can Be Reached Via [email protected]