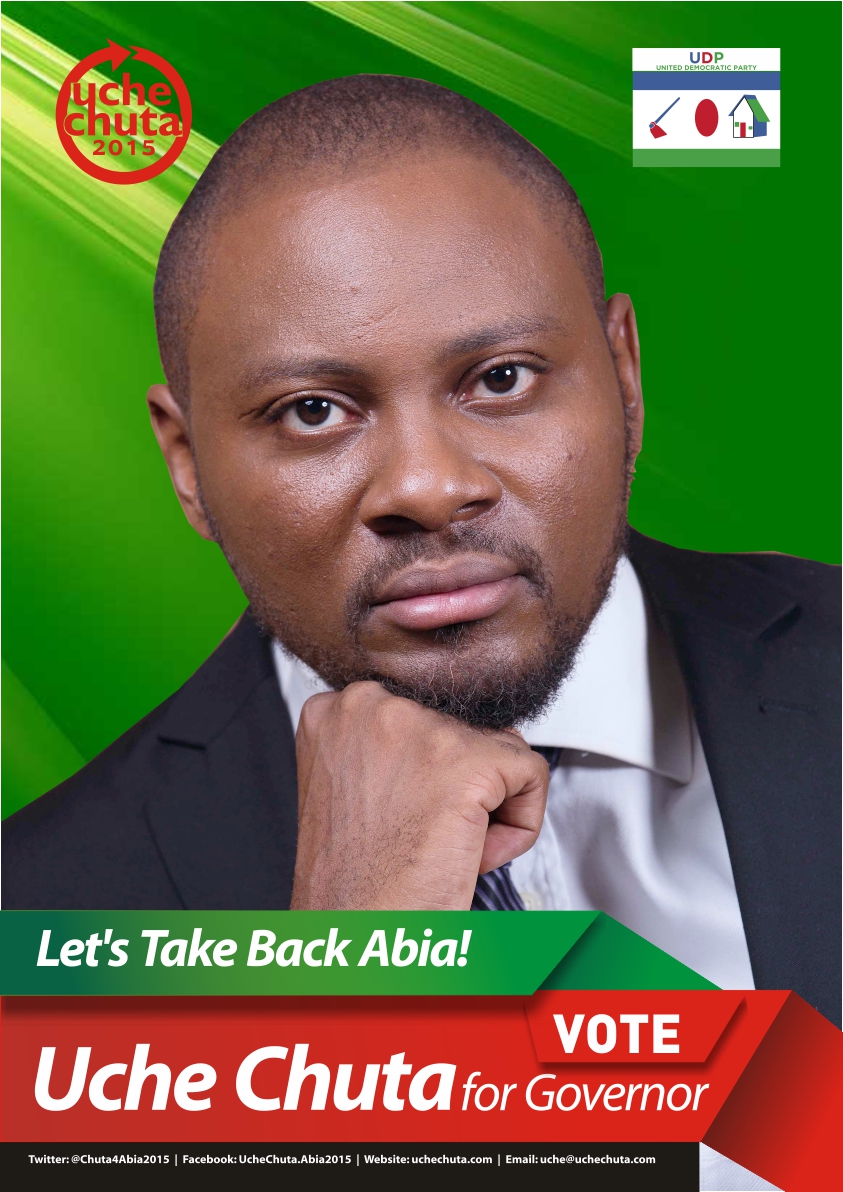 UMUAHIA- History was made Monday in Abia State, as a youth emerged the United Democratic Party’s gubernatorial flag bearer in their just concluded primaries ahead of the 2015 general elections.

In a well coordinated congress, Uche Chuta, received an overwhelming support from party men and women to fly the party’s governorship flag in the state.  The exercise which witnessed large turnout of party faithful was adjudged by INEC officials as very peaceful and followed legal procedure.

Chuta while addressing the party, said ‘’we have waited for the Abia of our dreams and today brings us one step closer to seeing that happen. At the 2015 polls,  he implored everyone  to vote UDP in the coming election and see progress come to the state, vote for any other party then you would continued to sentence Abia to another 4 years of complaining. He further challenged the  candidates from other parties to a public debate as it is important for Abians to hear what plans the candidates have for the state.

While addressing newsmen after the congress, the state’s party chairman, Mr Clement Ugorji expressed optimism that the emergence of Chuta is an answer to the yearnings of Abians who for long have cried out for change. He points further that with the youthful, passionate, humility and love Chuta exhibits, it is a new dawn for the state.

In the same vein, the state’s capital was agog with activities as the People’s Democratic Party (PDP) held its primaries Monday. The PDP’s primaries saw the emergence of Dr. Okezie Ikpeazu as the party’s governorship flag bearer while APGA’s scheduled primaries on the same day was suspended as a result of crisis within the party.  As it stands the political future of Uche Ogah, Okey Emuchay, Abaribe Enyinnaya, Emeka Wogu,  Marc Wabara, Acho Nwakanma and F.M Nwosu  hang in the balance as they lost in PDP’s primaries.