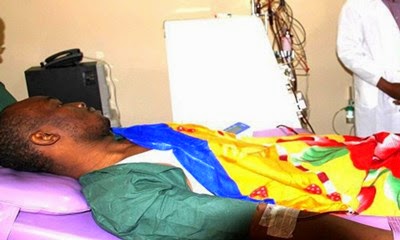 The Abia State Commissioner for Agriculture, Dr Kenneth Nwosu, who was shot by suspected assassins on Wednesday July 9th has died. He died from gunshot wounds he sustained following the attack along the Umuajata/Amakama road while driving from Umuahia the capital city to his home at Olokoro in Umuahia South local government.

He was rushed to the Abia State Specialist Hospital Umuahia where he had been receiving medical attention. Unfortunately he didn’t make it. He died on Monday July 14th, six days after the attack.

His death was announced by the Abia State Commissioner for Information and Strategy, Mr Eze Chikamnayo at a press conference yesterday Tuesday July 15th. Mr Chikanmayo said Dr Nwosu’s death was a great loss to the people of Abia state. May his soul rest in peace…amen.