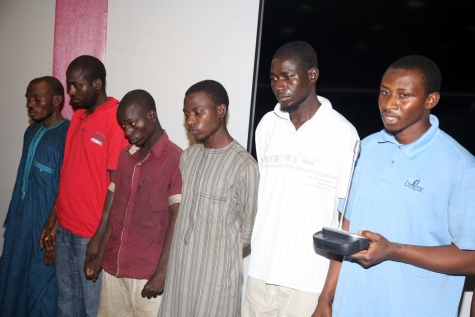 One member of the sect, Kabiru, was killed while attempting to snatch a weapon from a security operative in the course of his arrest. The State security Services (SSS) in Abuja today paraded some 7 men it claimed were suspected to be Boko Haram members  that allegedly assassinated Zaria-based prominent Islamic scholar Sheikh Auwal Adam Albani , his wife and son in cold-blood while returning from a preaching session at Markaz Salafiyya Center ,Tundun Wada Zaria on February 1st 2014.

Previous attempts by the SSS to parade persons it claimed were engaged in terrorism had received public derision and skepticism as several commentators claimed some of the paraded criminals  had been previously paraded for similar crimes in the past.