I have watched that Boko Harram video over again, I can conclude safely that It is either FAKE or someone is holding a paralyzed Abubakar Shekau and controlling him from behind. Like a puppet, someone is obviously behind the puppet being presented as Abubakar Shekau. At 0:39 seconds of the video, it appears the “Abubakar Shekau” was going to collapse, comparing the voice to other Shekau videos, a close guess would be that the terrorist is paralysed and can only speak, also note the mention of Margaret Thatcher and listing her as one of the world leaders against Islam.  At 0:29 seconds of video, a close angle to the paper being held by the alleged Shekau can be seen, paper is blurred, hand not matching with body movement. Not once did Shekau take a look down at the paper. Also note the disappearance of Shekau’s infamous chewing stick. 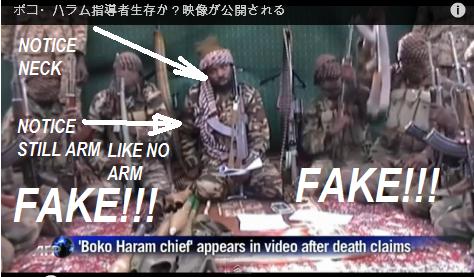 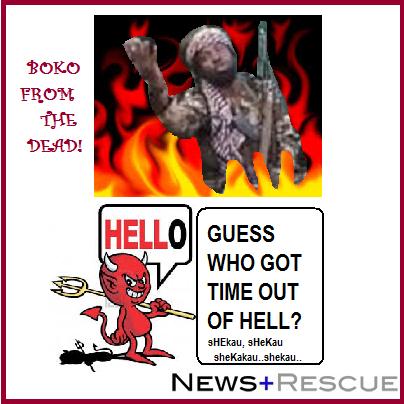