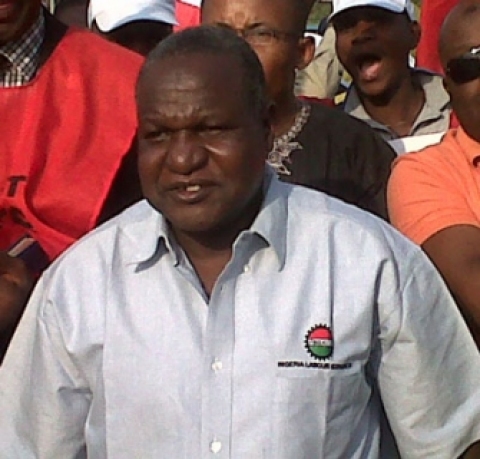 The Nigeria Labour Congress (NLC) has called on the Bureau of Public Enterprises (BPE) to halt the proposed sale of more public enterprises, and on the National Assembly to probe all previous sales and retrieve public properties that may have been sold to private interests.

In a statement signed by its president, Abdulwahed Omar, the Congress said it was disturbed by a statement by the Director General of the BPE, Benjamin Dikki.

Mr. Dikki was reported to have announced that plans have been concluded to privatise refineries as well as commercialise the Nigerian Television Authority, the Federal Radio Corporation, the News Agency of Nigeria, Nigeria Films Corporation, Skypower Catering and Hotels Services and the Commodities and Exchange Commission, the partial privatisation of Bank of Agriculture and the Bank of Industries, and the commercialization of National Parks.

“The haste with which government seemed determined to sell off public properties to members of the ruling class and their cronies under the guise of making them more efficient is alarming,” the statement said. “There is the need  for  caution  because these properties belong to the Nigerian people as a collective wealth and the people have never been consulted and their interests considered before the sales.”

NLC said it was scandalous that the same government which has always promised to use the gains from petroleum price increases it has received over the years to reactivate existing refineries and build additional ones can turn around to announce the privatization of refineries.

“This is clearly unacceptable, and the public have strongly opposed this attempt several times in the past, even on the floor of the National Assembly,” it warned.

The Congress said there was no evidence that previous privatization exercises have succeeded.  “The major privatisation exercise that was implemented against public interest recently is electricity and ever since that exercise, electricity supply have worsened, while consumers pay higher even as the lights have gone off under excuses that questions the competence of the new electricity companies.”

It said government should not abdicate its social responsibilities by selling off everything that delivers services to the people, especially in a country where poverty and unemployment has become endemic, coupled with the collapse of industries.

“What we need in Nigeria is not a blind adoption of neo-liberal policies that mortgage the interests and future of our people,” the statement stressed.

“Our national economy depends largely on the oil industry and if we allow the industry to be handed over to private individuals, it would then mean the entire economy would become private property run by private individuals, mostly cronies of those in government, against our collective interests.”

Stressing that Nigerians must not allow the continuation of the robbery of their collective interests, NLC said that private individuals can build their refineries, but government must reactivate, maintain and take full charge of existing public refineries and also build new ones.