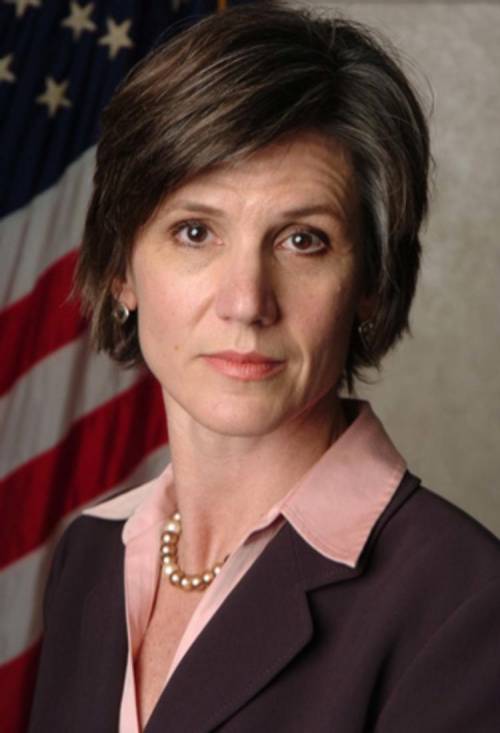 Donald Trump has fired the acting US attorney general, after she questioned the legality of his immigration ban.

Sally Yates, who had been appointed under Barack Obama, earlier ordered justice department lawyers not to enforce the president’s executive order.

Dana Boente, US attorney for the Eastern District of Virginia, replaced her as acting attorney general.

He has directed the department to enforce Mr Trump’s order.

In a statement, the White House said Ms Yates had “betrayed” the department.

Mr Trump’s order temporarily banned nationals from seven Muslim-majority countries from entering the US, and sparked street protests in the US and abroad.

In a letter, Ms Yates had said she was “not convinced” that the president’s order was lawful.

“As long as I am the acting attorney general, the department of justice will not present arguments in defence of the Executive Order,” she said.