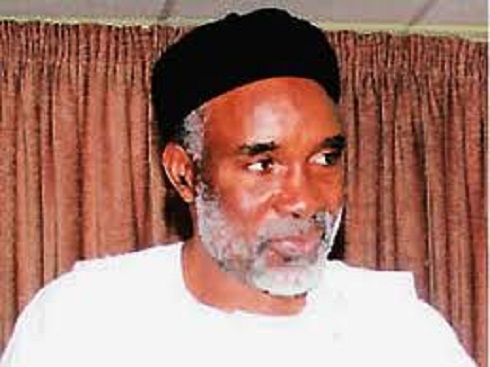 Governor Murtala Nyako of Adamawa has advocated greater involvement of religious leaders in tackling the insecurity situation bedeviling the country.

Mr. Nyako recommended the funding of religious organizations by the state, a measure he said would help develop their capacities to re-orient their members on peaceful co-existence. He said his state was in the process of implementing the proposal.

The governor,  who spoke at the Adamawa state Government House while receiving some Emirs and traditional rulers in the state, said his administration was already working out modalities for disbursing funds to churches and mosques as well as other faith-based organizations in the state.

The support to the religious organizations, Mr. Nyako said, is necessary given the critical role they play in social mobilization and peace building.

“We want to take our social development seriously,” the governor said. “Our youths particularly need social enlightenment otherwise it may become difficult for them to integrate properly in a globalizing world”.

The funding plan, which he said would be carried out through the state’s newly created ministry for social development and integration, will also see funds being funnelled to the Nigerian inter-religious council to strengthen its operational efficiency, the governor said.

Mr. Nyako also underlined the critical role of traditional institutions in curbing the security challenge in the country, and urged the federal government and the states to devolve more responsibilities to them as well as empower them to play active roles in tackling the growing terrorism in the country.

He argued that the current security challenges needed the collective approach of all and sundry in tackling the ugly trend, adding that traditional rulers, as custodian of their people, should be able to identify mischief makers in their domains and report accordingly to security agents.

The governor noted with regret that the issue of insecurity had polarized the entire Northern states along religious and tribal lines, saying traditional rulers within the region should form a common front to address the issue.