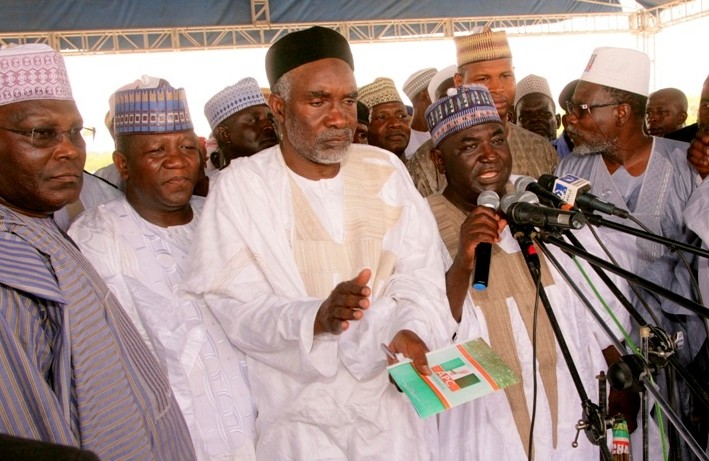 It was a momentous, unimaginable and a milestone history set on 8th of October yesterday when a federal high court seating in Abuja passed it sentence directing the reinstatement of the former state deputy governor of Adamawa with immediate effect. It was very surprising story as court in Nigeria are notorious with siding with people in power and perhaps corruption. Just about two or three hours after the judgment, the federal government pledge to abide by the judgment and has since directed the police to comply with the judgment.

Later within the day after some politicking, the state Chief Judge swear in Ngalari as the governor of Adamawa state. The acting governor Hon. fintiri must vacate the office and hand over the affairs of the state or face eviction. He will the juicy government house and office to the house of Assembly chambers. Those convoy and dozens of aides will no longer answer to him. He will no longer parade him self as the governor of Adamawa state.

While addressing the media, representative of the state INEC said the will have to hold a meeting and perhaps suspend the planned election. Fintiri emergence and rise to power was controversial. But the court has settled the case now. Many other state governors were not happy with how a speaker could abruptly toppled a seating state governor. He had many opposition against his emergence.

Ngalari must govern with tolerance and maturity for his seating in office to long before the 2015 general election. Especial now that the northern parts of the state remains in the hands of insurgents. He should pacify the people and perhaps the house members as they will be his major opposition. It is apparent that he is enjoying federal government’s backing. Now is not the time for dirty politics in Adamawa. Improve security, stability and transparency should be his top priority.

The people of Adamawa his resist any maneuvers an political abada ki dabra to cause another political instability in the state. They should say enough is enough. Let the three arms of government harmonize within them selves and live in peace for the progress of the state and it people.