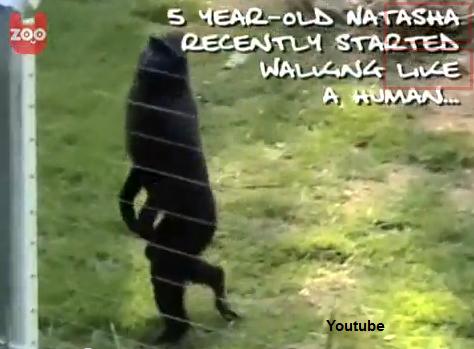 Most politicians feel the best brand of politics is one laced with deceit, treachery and outright deceptions. Others, like me, is the obvious reason why I am surreptitiously pushing in some people who we share similar ideas to get into partisan politics in order to clean it of liars. We intend to sweep clean our communities with such dangerous politicians who harbor injurious brand of politics.

As it is usual with Nigerians, me and my friends argued about the out come of the election. At that time, I heavily leaned towards Bindow Jibrilla. Even though, his only strength was his belonging in the APC; I thought the presence of Muhammadu Buhari as the President and Atiku Abubakar in Adamawa, would deter Bindow from falling into similar traps of his predecessors.

During one of our brain storming sessions, a smart girlfriend of mine from Girei, who I met in Oman, suggested we subject all the candidates to a SWOT analypsis. For those who are not conversant with SWOT, I took time to extract its basic meaning from Wikipedia:

“A SWOT analysis (alternatively SWOT matrix) is a structured planning method used to evaluate the strengths, weaknesses, opportunities and threats involved in a project or in a business venture. A SWOT analysis can be carried out for a product, place, industry or person”. Add so we subjected all gubernatorial candidates for Adamawa state to these analysis.

‘Lies a lot’ and or, ‘deceptive’ came up so much against Bindow’s analysis. As a public figure, other analysis of the Governor are not very palatable.

The signs of treachery in his character became manifest immediately he was sworn in as Governor. During the campaign, he dangled Gov. Nyako’s name as his mentor. Thereafter, he switched into Atiku’s camp. This singular act of treachery has caused to raise up rivalry between the two. Another trick played out when the government accused Barrm Nglari of emptying the treasury to an extend they had to use their own money to buy diesel for the inauguration. But Nglari countered by exposing this lie and defended himself by divulging that he had left over N2b. By then, they had already tricked the House of Assembly into granting them the go ahead to collect a loan of N2b!

The Governor also lied to the people who voted him when he declared that his cabinet would only consist of 10 commissioners (we have it on record). But so much water has passed under the bridge, as they say; today we have 22 commissioners, 35 special assistants, 50 development area councils, bringing the total area councils to 71! Other appointments for boards and agencies are also on the way.

The aggregate allowances, salaries and other emoluments that would be paid to these appointees can only be imaginable. Say for instance, N300,000 is paid as salary to each council chair, and N400,000 to each commissioner, more than N30 million would have gone to only these people! It is alleged that the salary bill alone for Adamawa state civil servants is over N1 billion! Is this huge bill not sufficient enough to trim down the size of public offices?

Cost saving strategies have been embraced worldwide; monies saved could go into intervention for epidemics, special grant to girl-child educational funding or even for the provision of psychosocial rehabilitation for IDPs in the state to free them of trauma and ease their integration into the society. Already the state is indebted to over 11 billion naira so these type of strategies are highly recommended.
It is also on record that the contract award for the construction of over 80km road from Sharaw to Mubi was awarded to the Governor when he was a Senator. Tax payers money was paid to him but work was since been abandoned, and the few culvert slabs constructed were also dumped at Paka by his cronies handling the project. It is being widely alleged that the Governor is effecting process of re-awarding the contract as new.

The state House of Assembly which is supposed to be a bulwark against the excesses of the executive has since been in the trance-like grip of the Governor. He had stampeded it into approving him billions of naira in loans. So far over N15b in 3 trenches was collected as loans by the state government, even as NLNG bonus of N3.5 was given to state by the Federal government. Another huge billions in bailout is still hanging waiting for the state to access. No doubt, these billions in the hands of the Governor, has made him dizzy and off balance for the task at hand.

“Suna yimin ganin biri, ni kuma Ina yimusu ganin ayaba”, was allegedly the reply of the Governor when he was confronted with the numerous complaints from the people of Adamawa. Literally, it means ‘they see me as a monkey, but I see them as banana’. By them, he means the people who voted for him?