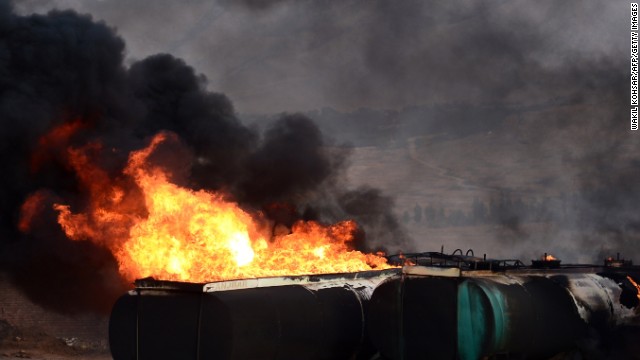 Emergency crews tried to contain the damage, he said.

Residents and local news reporters posted images online of a line of red fire and burning trucks on the night horizon.

The Taliban claimed in a statement that their fighters had attacked a parking depot used by trucks delivering supplies to NATO.