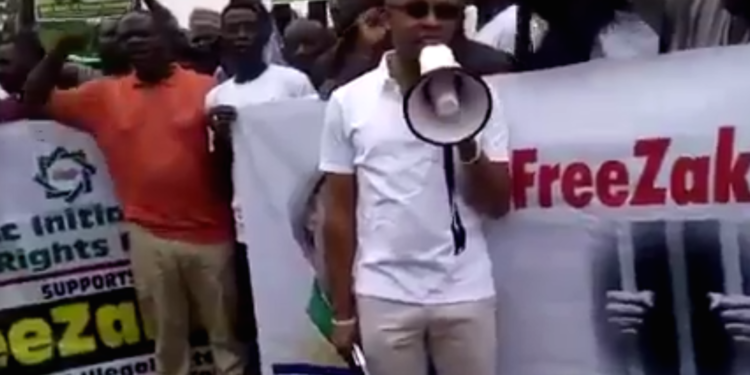 There are two ways to kill in human community: you can kill a human being or you can kill the citizen. The first is biological; the second is sociological but no less real.

The former is called homicide; the latter is civicide. Both are wrong, unlawful, and criminal. In addition, civicide is an egregious act of abuse of power. Most people are quite familiar with homicide, which can occur as either murder or manslaughter.

In other words, civicide changes the citizen into a stateless person. In one stroke, civicide reduces an individual to a nonperson. In her book, The Origins of Totalitarianism, Hannah Arendt describes citizenship as “right to have rights…and a right to belong to some kind of organized community.”

Th e United States Supreme Court considered in the case of Trop vs. Dulles, 356 U.S. 86, at p.101, that civicide or the creation of statelessness is “a form of punishment more primitive than torture, for it destroys for the individual the political existence that was centuries in the development.

In October 2009, Nigeria’s Federal Government was caught in the act of civicide. On 17 September 2009, the Permanent Secretary in Nigeria’s Ministry of Foreign Affairs, Joe Keshi, an Ambassador, communicated to all of Nigeria’s foreign Missions a decision “taken at the highest level” not to grant any Consular assistance to Nuhu Ribadu and Nasir El-Rufai, two former senior public officials now exiled from Nigeria.

The Nigerian government agrees that they are both citizens and confesses that it seeks to curtail their freedoms of movement and expression by denying both of them access to basic obligations owed to citizens by the Nigerian State to off er and facilitate their access to consular protection and assistance.

Nearly one month later, on 13 October, public indignation that followed the leaking and subsequent publication of this official directive forced the government to announce a climb down.

A directive signed by Minister of State for Foreign Affairs, Bagudu Hirse, claimed that the first directive of 17 September “had no authority of Mr. President”, and reversed it. In the latest installment of this tortured tale, the government let it be known that the original directive was issued at the instruction of the Director of the National Intelligence Agency (NIA), Mr. Emmanuel Imohe, who thereafter became the latest victim of natural attrition in the public service. None of this makes sense because it was not meant to make sense to begin with.

To believe the official line in this sorry saga would require us to accept that the institutional channels of the Nigerian government have collapsed. Article 5(d) of the Vienna Convention on Consular Relations, 1963, clearly enumerates the functions of consular officials to include “issuing passports and travel documents to nationals of the sending State” Citizenship is a human right.

The Universal Declaration of Human Rights, now recognized as customary international law, recognizes this right in Article 15 and prohibits its arbitrary denial. Article 13 of the same Declaration also guarantees a right to freedom of movement, prohibits forced exile and binds all countries to the promise that “everyone has the right to leave any country, including his own, and to return to his country.” The denial of consular services is one of many ways through which African States procure civicide. Th ere are many others such as the denial or destruction of identity documents like passports, official acts of denationalization of citizens, or forced deportation, expulsion and exile. All these measures involve abuse of power.

Many of them rely on faceless public officials reading the history of postcolonial state succession and Africa’s complicated postcolonial boundaries upside down. The list of African countries involved in this condemnable practice grows longer not shorter. In addition to Nigeria, Zimbabwe, Zambia, Tanzania, Kenya, Eritrea, Ethiopia, Equatorial Guinea, Cote d’Ivoire, and Botswana are some examples of other recent culprits. Yet, unlike homicide which is recognized as a crime in every African country, civicide isn’t.

Unlike the Universal Declaration of Human Rights, the African Charter on Human and Peoples’ Rights does not even guarantee a right to nationality and many African countries behave as if they can unilaterally decree solutions to the problems caused by post-colonial state succession. Th e only way to address these problems is to adopt a regional treaty that recognizes the right to nationality, prohibits civicide or statelessness, establishes mechanisms of dispute resolution in cases of disagreement over nationality and allocates incidence of burden of proof in such processes. Such a treaty would, for instance, clearly prohibit the denial of consular protection and assistance. Refusals to issue a passport and denial of access to consular assistance are all acts of civicide. These acts cannot be condemned enough because they destroy the very bases of statehood and the duties of the government towards the citizens from whom it derives its legitimacy.

Governments that feel able to deny or exclude their citizens from the civic space lose the right to exist or essentially assert that the citizens are irrelevant to their existence and legitimacy. Such regimes perfect the art of stealing elections. In the outpouring of indignation that greeted this latest installment of civicide in Africa, Nigerian citizens make it clear that any attempt to steal citizenship will be fought bitterly. Th at is as it should be. The point is that Africa cannot afford the cost of any such conflicts. A regional treaty on citizenship and stateless is the surest way to prevent this.