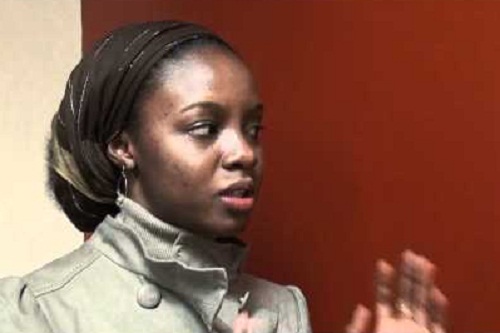 Africa’s economy may be booming, but this will do little to help unemployment and poverty if growth is jobless and its spoils are limited to the few.

“What we need in Africa is balanced development. Economic success cannot be a replacement for human rights or participation, or democracy … it doesn’t work…it worries us a lot when we don’t see the trickle-through factor, when gain goes to the top 1% or 2%, leaving the rest behind.” – Mo Ibrahim October 15, 2012

It did not come as a surprise to many when, on October 15, the Mo Ibrahim Foundation announced that there was no winner for its annual $5 million African leadership award – for the third time since its inception in 2006. What was surprising, however, was that the foundation’s chair, British-Sudanese billionaire Mo Ibrahim, also admonished the much-celebrated recent economic ‘success’ of the African continent for largely failing to translate into better human rights and social development, and for essentially creating a few elitist winners at the top whilst the rest were left struggling at the very bottom. 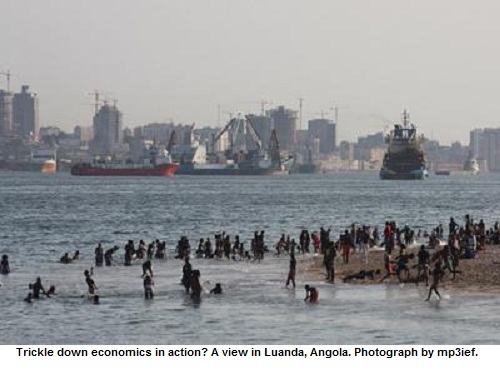 Recent reports, forecasts and editorials of influential financial magazines are incredibly optimistic about Africa – its booming economic growth, its investment opportunities and its growing middle-class. Sub-Saharan African countries are reportedly among the fastest growing in the world with six out of ten world’s fastest growing economies, and recording growth rates averaging 4.9%, higher than the developing country average and much higher than the developed country average.

The Economist’s December 2011 print issue was boldly titled ‘Africa Rises’ and in August 2012, it again boldly proclaimed that ‘A Continent Goes Shopping’, underscoring the voracious purchasing power of the African middle-class to buy consumer and even luxury goods. The current received wisdom in these sleek reports, glossy magazine pages and glass-panelled conference rooms is that sub-Saharan Africa really is the place to be and to invest in, with all its abundant opportunities.

This much-trumpeted economic success is mostly true, until one looks at the other side. Then questions arise over to what extent growth is spread across sectors of the economy, and whether such economic growth is translating into corresponding improvements in human and social development.

It is common knowledge that this new dawn of booming economic growth is largely the consequence of the recent rise in the global commodity prices of natural resources, chiefly oil, while the vibrancy of other sectors of the economy such as banking, telecommunications and construction trail behind in terms of growth. Many African countries primarily depend on the exportation of natural resources – and industry which is highly capital- (and technology-) intensive, providing few jobs. Only five of Africa’s fifty-four countries are currently not “either producing or looking for oil”.

It is therefore no surprise that many African countries, especially the economic powerhouses of the continent, are bedevilled by high unemployment, particularly amongst young people – hovering at 25% in Egypt, 48% in South Africa and 42% in Nigeria. Thus, growth in capital-intensive sectors – such as resource exports, banking, and telecommunications – is barely trickling down to create jobs and economic opportunities for the vast majority of the people – a phenomenon commonly known as ‘jobless growth’.

Many sub-Saharan African countries experiencing record-level economic growth still have low rankings in human development indices, despite marginal improvements in education enrolment and, with countrywide variations, maternal health. This contradiction is further reinforced by the growing inequality that characterises many of such African ‘powerhouses’. Luanda in Angola (thanks to flowing petro-dollars) and N’Djamena in Chad were, respectively, the second and eighth most expensive cities to live as an expatriate in 2012 – ahead of Sydney, London and New York according to Mercer’s Cost of Living Survey. Juba in the newly independent South Sudan is also gaining notoriety for its high cost of living, while the price of select real estate in Abuja and Lagos in Nigeria reportedly rivals that of some Western cities. These expensive cities are in countries grouped within the ‘Low Human Development’ category of the United Nation’s Human Development Index based on indicators such as health, income and education.

A tale of two cities

There has certainly been some improvement – for one, there is now an identifiable middle-class in Africa with money to splash around in the cinemas of Abuja and pricey hotels of Accra, the malls and retail outlets of Johannesburg and the exclusive residential estates of Lagos and Nairobi. However, once you step out of these glitzy inner cities and look to the outskirts, the glaring contrast between the shiny modernity and the urban deprivation in the slums hits you like the searing tropical sun.

As the African middle-class goes shopping with their swelled-up wallets and designer purses in Lagos or in London, many more Africans go to bed hungry as the gap between the nouveau riche shoppers and the underclass in the urban fringes grows wider. Increasingly, it begs the question of whether this bulging middle-class is the consequence of a mass number of Africans leaving the poverty trap, as is the case in China and Brazil – both of which have seen tens of millions lifted out of poverty – or whether a previously existing middle-class in the margins was just buoyed back to vibrancy?

The task thus remains for governments to devise sustainable development strategies that are tailored specifically to suit the African context. Such strategies must sustain the momentum of economic growth while ensuring that growth spreads to and strengthens sectors such as mechanised agriculture, light manufacturing and small-scale enterprises, which have a direct impact on the lives and incomes of citizens.

Such transformational policies should ensure that revenue windfalls are utilised wisely towards social and welfare policies, which will empower millions of Africans out of poverty, thereby creating a robust middle-class rather than just enriching an already existing sliver. It also means that such funds can be saved to help with later needs, as with the Sovereign Wealth Fund embarked on by countries such as Angola and the new oil-producer Ghana.

Importantly, the African youth bulge needs to be transformed into a demographic dividend by providing employment and economic opportunities to an increasingly educated African youth and by providing critically needed infrastructure so that abundant innovative ideas, which are capable of transforming lives and societies, can materialise into reality.

Ultimately, these are still governance challenges that Africa has a long way go to overcome, but the marginal improvements in some aspects of governance, especially women’s rights, as the Mo Ibrahim Foundation’s Index has shown, gives room for some cautious optimism. Mo Ibrahim’s admonishment could not have come at a better time. Link: http://thinkafricapress.com/development/mo-ibrahim-issues-timely-caution-afro-optimists