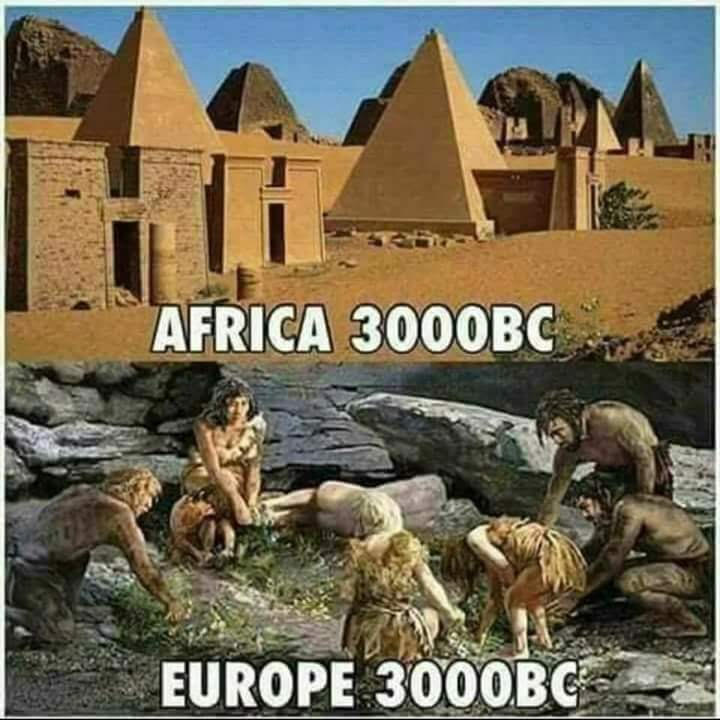 The cruelest thing slavery and colonialism did to the Africans was to destroy their memory of what they were before foreign contact thus destroying African rich history.

Christianity came to Africa before Europe but most African Christians are ignorant of this historical fact that Ethiopians were Christians before Europeans. Sadly today the genocidal crimes and heinous atrocities of Western imperialism is associated with Christianity.

The Crown on the head of the Queen of England is made up of stolen diamond and gold from India and Africa. European savages are still not tired of looting the rich resources of Africa.

Oppressive and tyrannical African leaders are the most wicked and barbaric set of leaders in existence today. Recently an African leader (Nigeria) brutally slaughtered 1000+ Africans in less than 72 hours and wickedly dumped the dead bodies in mass graves at night to bury the evidences. Four days later this African tyrant (Buhari) celebrated with the savage Wahhabi King Salman of Saudi Arabia.